Skip to content
In 1917, the National War Garden Commission began their call to action: “Do your bit and plant a War Garden. We need the food.” During the war, many men who worked in farming had to leave for the service, so people planted gardens to grow their own food and help increase production on the homefront. It was a way that women and children could support their community, and they grew any number of vegetables and greens. This photograph was taken of a now unknown Cleveland family to promote growing food. The mother has dressed her son as a soldier and her daughters wear Red Cross nurse costumes. 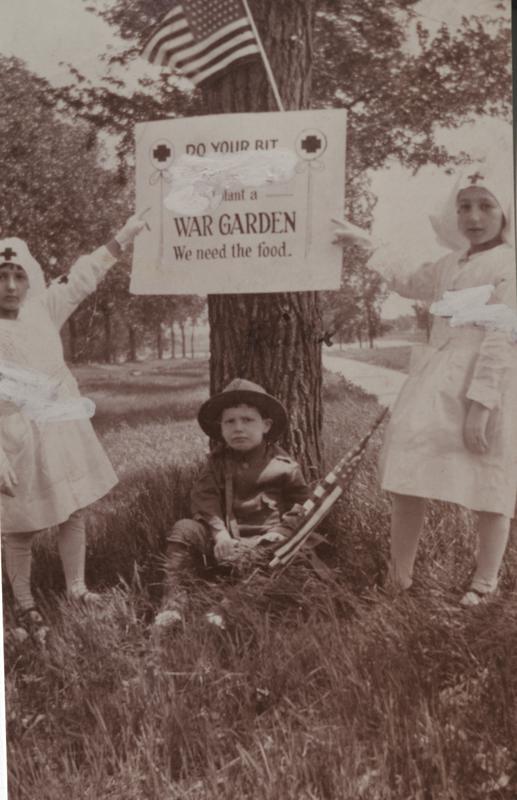 In Cleveland, war gardens, or “Victory Gardens” only increased during WWII, when even Public Square and the White House lawn became vegetable gardens. Growing food helped ease the troubles of rationing, and boosted morale. Clevelander Alice Collum was featured in the Call & Post with her garden on East 90th Street. Although the homefront effort was a serious topic, Clevelanders enjoyed working in their gardens, and by 1943 there were an estimated 18 million new gardens. They were so popular that they also became the butt of jokes, as seen in this Charles Allen’s Call & Post cartoon.