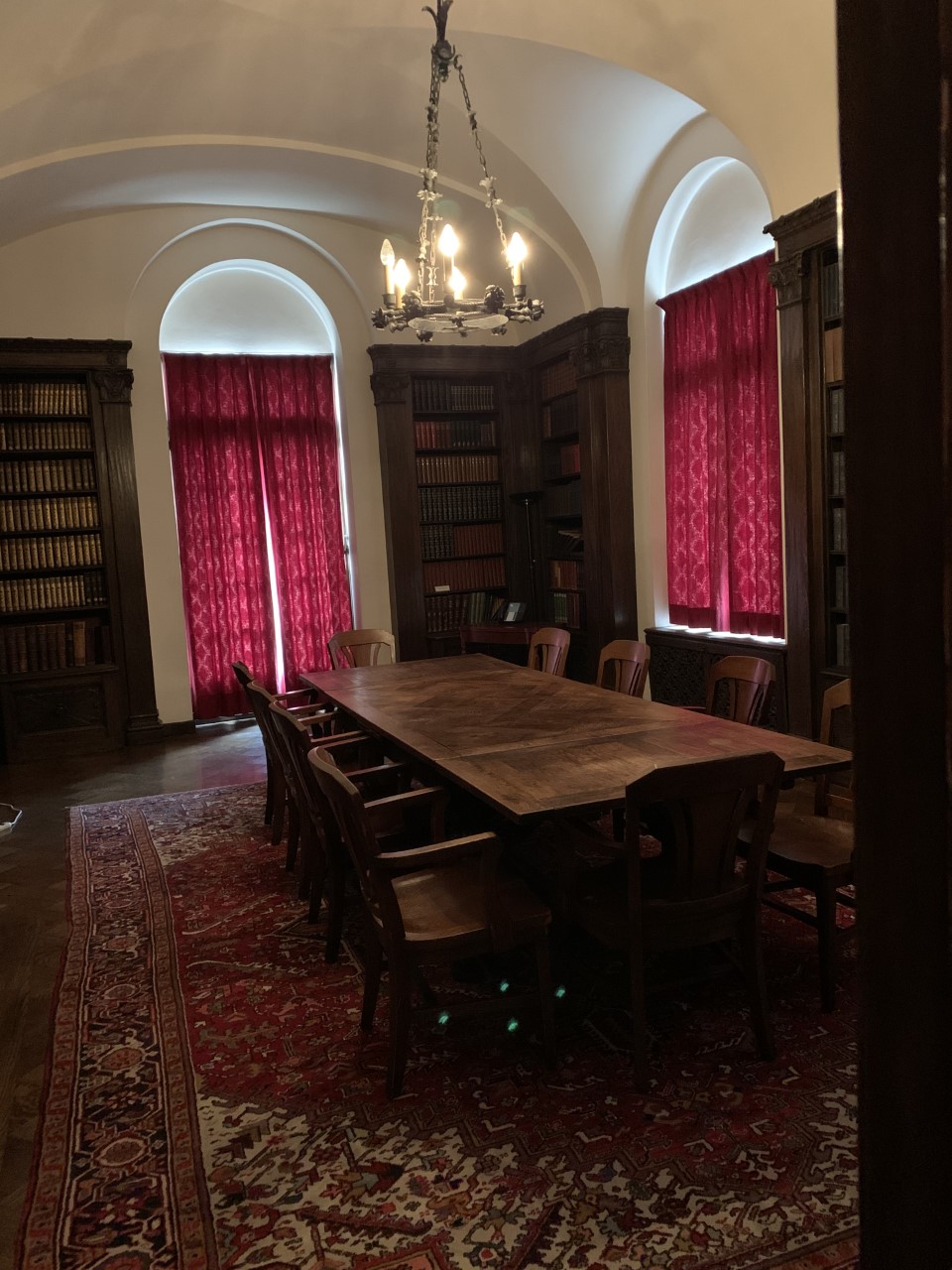 In March 1924, a group of Yale alumni arrived in Cleveland to put on a musical show at the University Club.  They had been invited by two local alums, Elton Hoyt and Leonard Hanna, Jr. who had attended their performance in New York City and convinced the ensemble to reprise it in Cleveland.
The composer of the music was Cole Porter, a member of the Yale Class of 1913 and a close friend of Leonard Hanna, Jr. also a member of that class.

Hanna, Porter, and other members of the group stayed at the Hanna family home on East Boulevard, today part of the Western Reserve Historical Society’s Cleveland History Center, in University Circle.   While there Hanna insisted that Porter write a special number about Cleveland to be added to the show.  As remembered by Warren Corning Wick, ”Leonard said Cole must close himself in his library, where he had a small upright piano moved. The butler was there with drinks and, closing the door, they told Cole he couldn’t come out until he’d written the song. 20 or 30 minutes later, Cole sheepishly asked, “Can I come out now? I have a song.” The song being, ‘Let’s Make It Cleveland.’”

The lyrics, in part, went as follows:

Porter and Hanna’s friendship, which began at Yale, would endure until Hanna’s death in 1957.   During that time Hanna would become one of the city’s most noted philanthropists and Porter would become one of the nation’s greatest composers, creating sophisticated songs for a multitude of Broadway musicals that remain enduring standards.

Their lifestyles were, however, far beyond the “ordinary” particularly during the Depression.  Each had immense wealth – it has been said that they were the two wealthiest young men to enter Yale in 1909.  And each had immense talent, Porter as a composer, and Hanna as a self-taught connoisseur of fine art.   His collection would enrich the Cleveland Museum of Art as would the enormous endowment he left it upon his death.  His largess would also enrich University Hospitals (the Hanna Pavilion) and support the construction of a new Karamu Theater in 1949.

Given their talent and status, they gathered around themselves a coterie of equally talented (if not as wealthy) friends, including Monty Woolley, Gerald Murphy (heir to the Mark Cross Leather Company), and Cleveland columnist Winsor French. They and many others would, at times, celebrate Porter’s first night openings – sometimes at Hanna’s fashionable New York City apartment.   They also traveled together.   In 1940, Cole, his wife Linda, Winsor French, Leonard Hanna, Roger Stearns and Billy Powell took an extended cruise to the South Seas.   And in his later visits to Cleveland, Porter would stay at Hanna’s Hilo estate in Kirtland.

It’s all a fascinating story about classmates who came to live in a wealthy, sophisticated, elegant world.  Certainly, the multiple books written about Cole Porter do an excellent job in depicting the atmosphere of the times.  The best of the books, including William McBrien’s biography of Porter and James Woods’ Out and About with Winsor French, as well as the film De-Lovely also focus on the strong same-sex bonds that underpinned their lives and their friendships.   At times, Porter’s lyrics reflect upon this.  In his song I’m a Gigolo, one line notes, “I’m a famous gigolo.  And of Lavender, my nature’s got just a dash in it.”  And in another song Farming, “Don’t inquire of Georgie Raft, why his cow has never calfed.  Georgie’s bull is beautiful, but he’s gay.”   To those who attended the shows on Broadway, lines such as these raised, perhaps, a knowing smile on members of the audience — and they certainly delighted Porter’s and Hanna’s close friends.  But they also exasperated the censors of the time

Knowing the stories of these classmates opens up a window on our humanity, one that was shaded for many years.  They also prompt the question as to how many other classmates, who lived in far different circumstances during those heavily closeted times before Stonewall, may have shared similar bonds and friendships but were unable to publicly express them, let alone, set them to music.