On July 22nd, 1796, a small party of surveyors arrived at the mouth of the Cuyahoga River. Led by Moses Cleaveland, a lawyer, Revolutionary War veteran, and director of the Connecticut Land Company, the party’s mission was to survey land owned by the company so that it could be sold to the public. That land, known as the Connecticut Western Reserve, makes up present-day Northeast Ohio. 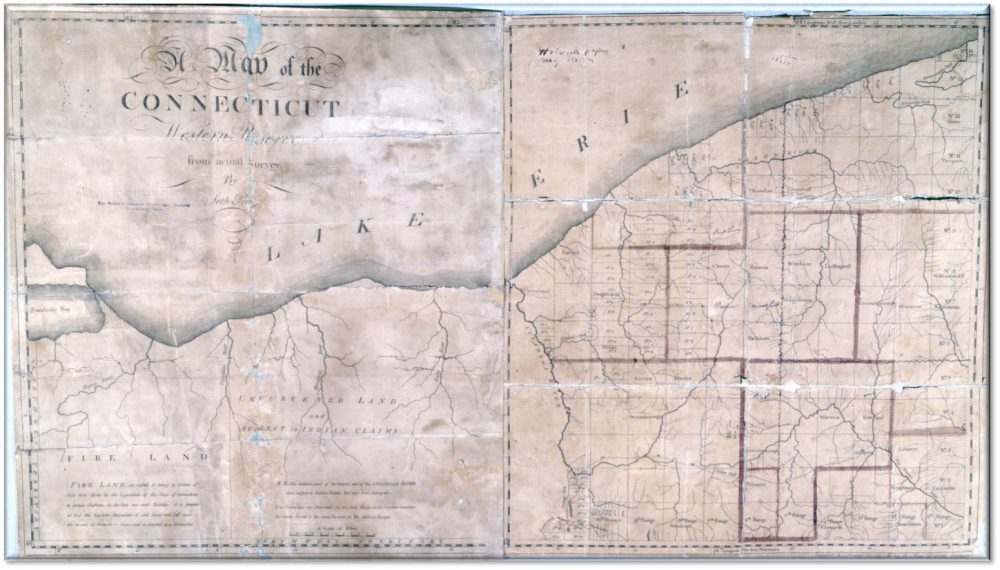 On reaching the mouth of the Cuyahoga, Cleaveland decided that the site was the perfect place for a city. There was easy access to water, and high bluffs nearby offered protection. Cleaveland set two of his surveyors, Seth Pease and Amos Spafford, to work laying out where the new city’s streets would go. They also incorporated a 90-acre public square into their plans, as that was a common feature in towns throughout New England.

Pease’s surveyor’s compass and journal, along with one of his early maps of the Western Reserve, are now treasured artifacts in the Western Reserve Historical Society’s collection. He went on to a long and distinguished career as a surveyor and cartographer in the United States. Spafford became one of the leading citizens of the young city of Cleaveland. As for the founder? Moses Cleaveland returned to Connecticut soon after deciding on the site for the new city. He died in 1806, having never returned to the city that bears his name.

Over the past 224 years, Cleveland has been called many things from the Best Location in the Nation to the Mistake on the Lake, and everything in between. But as we celebrate Founders’ Day, we’re happy to call Cleveland home.