Before cellphone cameras and selfies, there was African American photographer Allen E. Cole. Cole was an entrepreneur and a civic minded businessman whose photographs appeared regularly in the Call & Post newspaper, and for many years he was the only black member of the Cleveland Society of Professional Photographers.

Cole migrated to Cleveland in 1917, and worked at the Cleveland Athletic Club for 10 years before opening his home portrait studio, which was impressive for a person of color in that era. It was in his home studio that he photographed Ohio’s first African American judge, Perry B. Jackson.

Because of Cole’s deep civic involvement, his collection has become an invaluable resource for documenting the diverse experiences of Cleveland’s vibrant black community. The collection, some of which can be seen in Digital Cleveland Starts Here, consists of clubs, churches, social and fraternal organizations, weddings, schools, and much more. 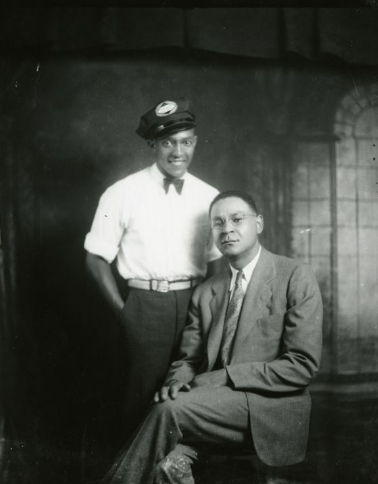