Few Americans appreciate the significance and intensity of America’s experience of World War I, the global cataclysm that transformed the modern world. Published to mark the centenary of the U.S. entry into the conflict, World War I: Told by the Americans Who Lived It brings together a wide range of writings by American participants and observers to tell a vivid and dramatic firsthand story from the outbreak of war in 1914 through the Armistice, the Paris Peace Conference, and the League of Nations debate. The eighty-eight men and women collected in the volume–soldiers, airmen, nurses, diplomats, statesmen, political activists, journalists–provide unique insights into how Americans of every stripe perceived the war, why they supported or opposed intervention, how they experienced the nightmarish reality of industrial warfare, and how the conflict changed American life. Richard Harding Davis witnesses the burning of Louvain; Edith Wharton tours the front in the Argonne and Flanders; John Reed reports from Serbia and Bukovina; Charles Lauriat describes the sinking of the Lusitania; Leslie Davis records the Armenian genocide; Jane Addams and Emma Goldman protest against militarism; Victor Chapman and Edmond Genet fly with the Lafayette Escadrille; Floyd Gibbons, Hervey Allen, and Edward Lukens experience the ferocity of combat in Belleau Wood, Fismette, and the Meuse-Argonne; and Ellen La Motte and Mary Borden unflinchingly examine the “human wreckage” brought into military hospitals. W.E.B. Du Bois, James Weldon Johnson, Jessie Fauset, and Claude McKay protest the racist treatment of black soldiers and the violence directed at African Americans on the home front; Carrie Chapman Catt connects the war with the fight for women suffrage; Willa Cather explores the impact of the war on rural Nebraska; Henry May recounts a deadly influenza outbreak onboard a troop transport; Oliver Wendell Holmes weighs the limits of free speech in wartime; Woodrow Wilson envisions a world without war. A coda presents three iconic literary works by Ernest Hemingway, E. E. Cummings, and John Dos Passos.

With an introduction and headnotes by A. Scott Berg, brief biographies of the writers, and endpaper maps. 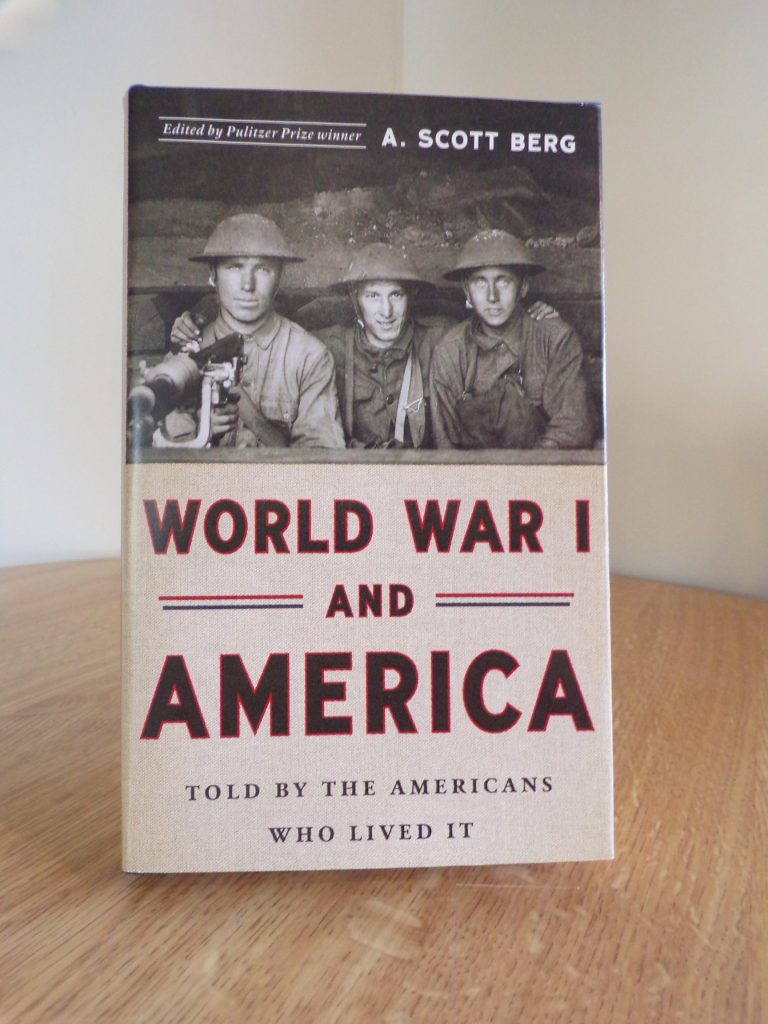