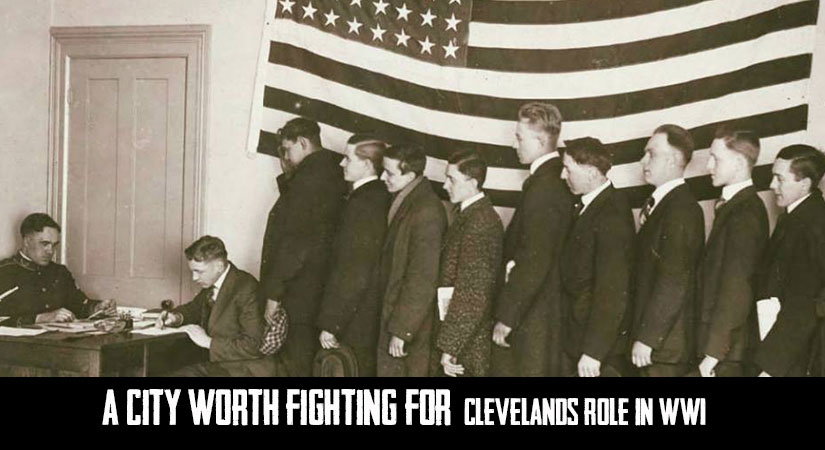 When the United States entered World War I in April 1917, Cleveland unleashed its industrial might to aid the cause of Allied victory. A City Worth Fighting For illustrates many of the key contributions made both by Cleveland’s businesses and its citizens, including George Crile, Myron Herrick, and Newton D. Baker. The exhibition examines the war’s effects on Cleveland and its ethnic makeup.

Starting in Cleveland Starts Here® guests continue the WWI story in the Crawford Auto-Aviation Museum and Bingham-Hanna Mansion before culminating in the Norton Gallery. Leveraging stories, artifacts from the extensive WRHS art collection, and the rarely seen military collection, guests can experience the many ways, both civic and industrial, that Cleveland supported the war effort.

World War I had a profound impact on Cleveland. By 1920, Cleveland was the fifth largest city in America, with a population of nearly 800,000. The city’s population was more diverse than it had ever been. Cleveland also reached new heights economically due to the city’s expanded industrial capacity during the war years. World War I created the modern city of Cleveland, but the change did not come without struggles. Learn more about Cleveland’s stories before and after the war when you visit Cleveland Starts Here®.

Images From Around Cleveland During WWI