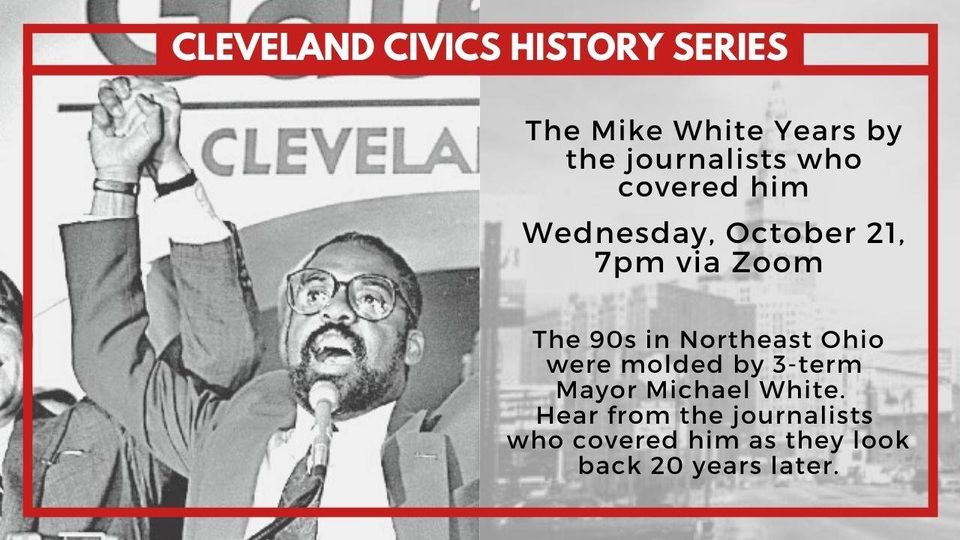 The Mike White Years by the Journalists Who Covered Him

About the Event:The 1990s in Cleveland and Northeast Ohio were molded by 3-term Mayor Michael R. White (1990-2002). Changes to the Cleveland Public Schools, Gateway stadium (and stadiums in general), the Browns, the airport, and many other decisions were made that are impacting the region to this day. Hear from the journalists who covered Mayor White as they look back 20 years later.