Cleveland Stories Dinner Parties – My Years With The Cavs

My Years with the Cavs Cleveland Sports Hall of Famer Austin Carr is ready to “throw the hammer down” at the Music Box! Known by Cavs basketball fans as “Mr. Cavalier,” Austin Carr will be sharing stories of his years with the Cavs, beginning with the first overall selection in the 1971 NBA Draft. Follow Austin’s journey as he grows from an NBA Rookie to NBA All Star, and finally onto his career as the Director of Community Relations for the Cavs and beloved commentator for Fox Sports Ohio. 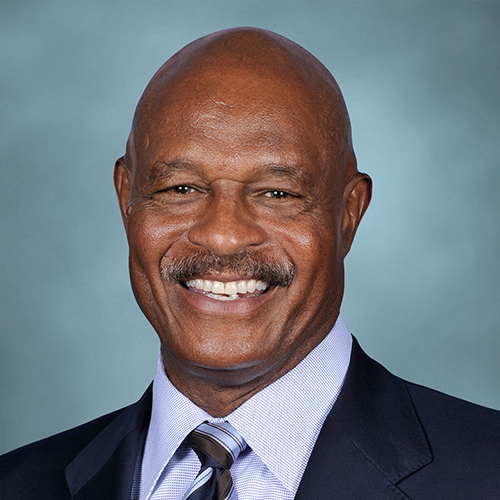 Austin Carr is a retired professional basketball player who played in the NBA for the Cleveland Cavaliers, Dallas Mavericks, and Washington Bullets. He is known by Cleveland basketball fans as “Mr. Cavalier.” He was part of the Notre Dame team which defeated the UCLA Bruins on January 19, 1971, which was UCLA’s last defeat until being beaten by Notre Dame exactly three years later, breaking the Bruins’ NCAA men’s basketball record 88-game winning streak. Carr holds NCAA tournament records for most points in one game (61 vs. Ohio in 1970), most field goals in one game (25), and most field goals attempted in one game (44). His record scoring average of 50 points per game in seven NCAA playoff games may never be broken. Recently, ESPN named Carr the 22nd greatest college basketball player of all time.

Carr moved onto the professional ranks as the first overall selection of the Cleveland Cavaliers in the 1971 NBA draft. His career with the Cavs is highlighted by his selection to the 1972 NBA All-Rookie Team, 1974 All Star Team, and finally the Cleveland Sports Hall of Fame. Today, Carr serves as the Director of Community Relations for the Cavaliers and is also a color commentator on the team’s broadcasts on Fox Sports Ohio. Carr’s #34 is one of seven jerseys retired by the Cavaliers.