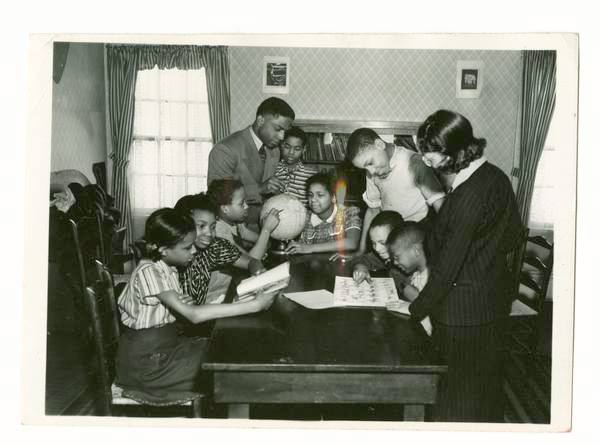 coupled with hard work materialized into the establishment of Karamu House, a nationally recognized interracial community center. Mrs. Jelliffe, born in 1892 in New Albion, Illinois. It was her early upbringing that Mrs. Jelliffe often credited for giving her a sense of dedication to the ideals of gender and racial equality. She came to Ohio in 1910 to attend Oberlin College, where she was the president of the Oberlin Women’s Suffrage League and met her future husband, Russell, who also campaigned for women’s rights.

After marrying in 1915, the Jelliffes moved to Cleveland where they were hired by the Second Presbyterian Church to conduct neighborhood improvement projects. They bought two houses and named them Playhouse Settlement. The settlement welcomed all races and educated the neighborhood residents through art. The Gilpin Players, the first theater group, was started in 1920, and in 1927 the theater opened. The theater was called Karamu after the Swahili word that means a place of joyful meeting. After moving in 1950, the name of the settlement was changed to Karamu House. Through the Jelliffes’ work, Karamu House prospered and expanded its programs.

Besides working on projects related to Karamu House, the Jelliffes were also involved in the establishment of important civic welfare organizations such as the Cleveland Metropolitan Housing Association, the Community Relations Board, and the Cleveland Urban League. They were delegates to the 1921 National Association for the Advancement of Colored People (NAACP) convention in Atlanta and they attended the Pan-African Congress in Paris. In 1963, the Jelliffes retired from Karamu House and spent much of the 1960’s campaigning for civil rights. After her husband’s death in 1980, Mrs. Jelliffe served on the boards of the East Cleveland Theater and the Fine Arts Association of Willoughby