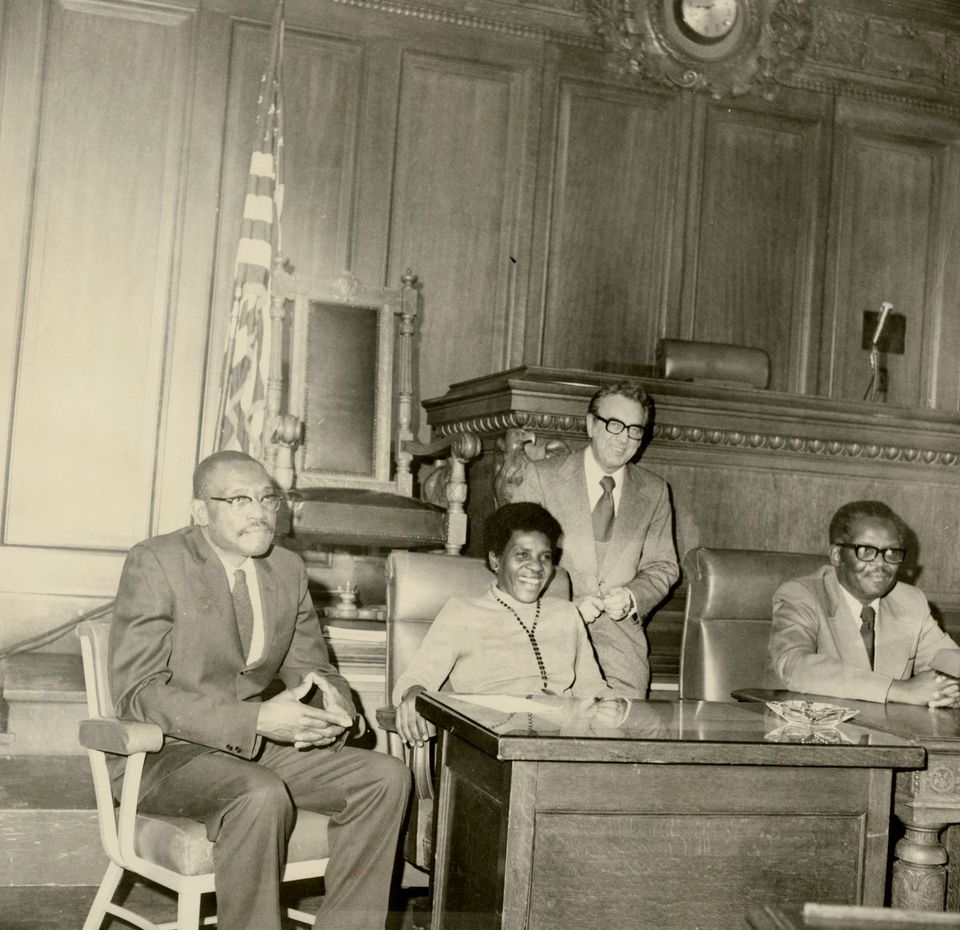 Fannie Lewis earned her tough as nails reputation as a tireless leader and dedicated public servant who worked hard to improve conditions in not only her own ward, but also the city of Cleveland.

Fannie Lewis was born in Memphis, Tennessee, but her heart was in Ward 7 of Cleveland, which she represented for almost 30 years. Lewis first gained public attention when she was photographed talking to National Guard troops after the Hough riots. After the riots Lewis became a recruiter for Neighborhood Youth Corps, and was eventually promoted to recruitment coordinator. Wanting to take a more active role in her community, Lewis ran for City Council in 1979, and began her first term as councilwoman in 1980. During her time in office she advocated for voting rights, the Cleveland school voucher program, the construction of new expensive homes in the Hough area known as “Fannie’s Mansions”, and she was also responsible for the “Fannie Lewis Law” which required that city residents make up at least 20 percent of the work force on city construction contracts that were above $100,000. Serving for 28 years, Lewis is the longest-serving female council member in the history of Cleveland, and was inducted into the Ohio Women’s Hall of Fame in 1996.