Although they were not allowed to fight in battles, women were instrumental in supporting the war effort across the globe. At the outset of World War I, long before American troops arrived on foreign soil, American women were “over there” volunteering with civilian organizations to provide nursing, transportation and other war relief services. Women aligned themselves with humanitarian organizations such as the American Red Cross, YMCA, Salvation Army, and others to meet wartime needs.

When the Marine Corps announced via newspaper advertisement that women would be allowed to join the ranks in order to help “free a man to fight”, the response was rapid and plentiful.  In New York City alone, there were over 2,000 prospective recruits who showed up at the recruiting office. Recruiting offices in other U.S. cities also reported a high turnout of patriotic minded women who wanted to serve their nation.

Mabelle Leland Musser (1889-1995) also joined their ranks, and her uniform is in the WRHS costume collection. Musser was born in Hinckley, Ohio and lived in Medina and Oberlin and attended Oberlin Business College before working for the Elyria Gas Engine Company in 1910. In 1917 her brother, Max, enlisted in the Marines, shortly before Mabelle could too. In the service, she was a Corporal and worked in Washington D.C. until she was discharged in 1922. Thereafter Madelle married and worked as a stenographer in a law office. She lived to be 106. 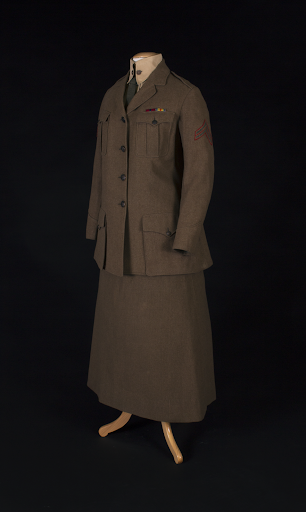 Another way for women to see the front was as Red Cross nurses. George Crile’s Lakeside Unit in Rouen, France was one opportunity for women to join in. The Base Hospital No. 4 took on 82,179 cases in 20 months. At their Mobile Hospital No. 5, from August 1918 until January 1919, 124 nurses cared for 994 seriously injured soldiers, mostly American, French, and German. 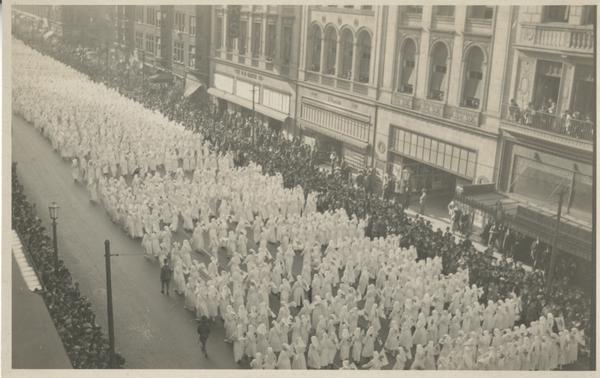 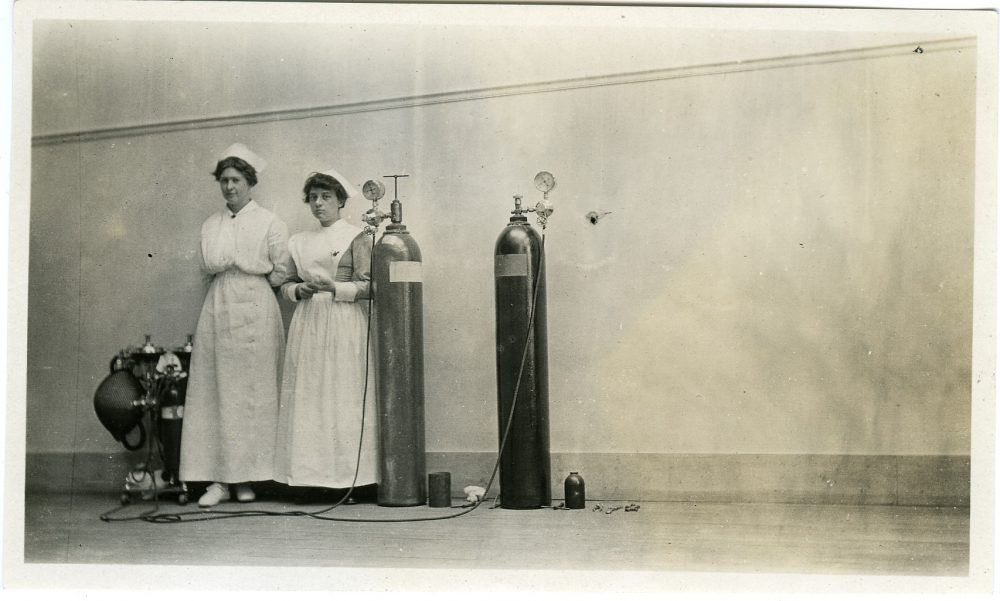