Professor Pietro Oddo (1843-1916) was born in the town of Alimena, Italy, in the province of Palermo.  He began studying music at the age of ten.  His musical talents blossomed during his service in the Fifty-Ninth Italian Infantry Regiment, a musical band regiment, that led him to become a decorated war hero of Italy.  Oddo was offered the position of regimental band leader, but declined when his term of service ended to pursue other interests.

Oddo immigrated to Cleveland in 1901 and settled in the area known as Big Italy. He lived on Ontario Street and gave music lessons at his home.  In 1908 he moved into a new home in Little Italy at the corner of Murray Hill and Fairview Roads where he lived until his death in 1916.

Besides giving lessons, Oddo founded the Verdi Italian Band, which performed at many events around Cleveland in the early 1900s.  He also composed band music, such as waltzes, marches, and potpourris, many of which he co-wrote with son Frank P. Oddo (1878-1966).  These pieces were used as standards by musical organizations during the early twentieth century throughout the United States and Italy.  Many of the compositions were published by the Palermo Music House, Beninati, Italy.

In 2010, Janet Janecek, the great, great granddaughter of Pietro Oddo donated a number of the musical scores, arrangements, and compositions written by Pietro and Frank to WRHS. Many date back to the 1910s, include the original composition titled La Piccola Italia Marcia or The Little Italy March.

Believing that it was important to share this rare and unique musical piece of Italian American history with the public, WRHS contacted the Italian Band of Cleveland. Band members transcribed the music and arranged it for their ensemble. The Italian Band of Cleveland performed La Piccola Italia Marcia during Cleveland Little Italy’s The Feast of the Assumption celebration in August 2010.  It was the first time in nearly 100 years that the march was performed by an ensemble and heard by an audience.

Watch La Piccola Italia Marcia, composed by Pietro Oddo, at The Feast of the Assumption in Cleveland’s Little Italy on August 16, 2010, by the Italian Band of Cleveland. 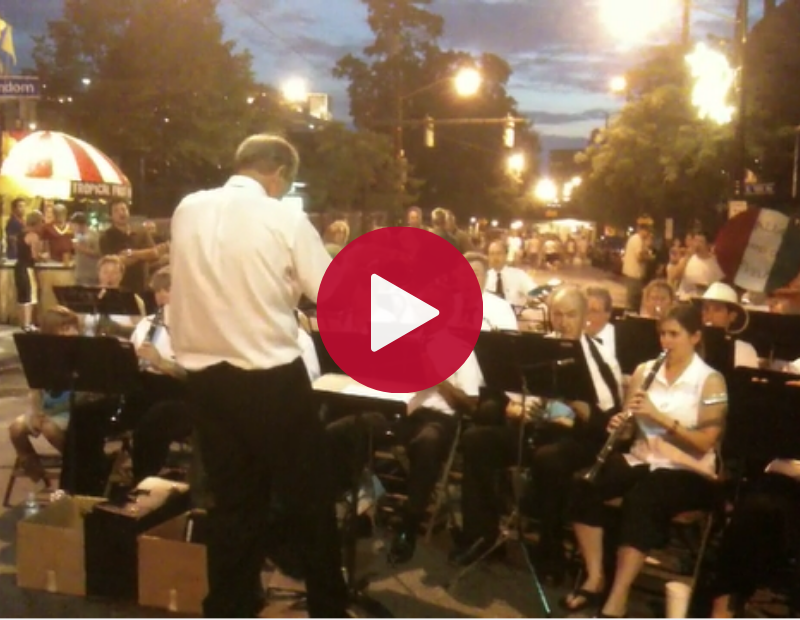