American fashion embraces political campaigns in whimsical ways, and Clevelanders were at the forefront of political style. Historians credit Ohio senator Mark Hanna with the invention of the modern campaign in 1896. Hanna systematically grew support for his friend William McKinley, and spent money on the highest quality posters, pins, and other campaign gear. Candidates’ faces have decorated items such as handkerchiefs, dresses, neckties, bedroom slippers, and t-shirts, lending a little fun to the serious business of electing our nation’s leader. As you get ready to declare your support in a sartorial way, get inspired by the WRHS collection! 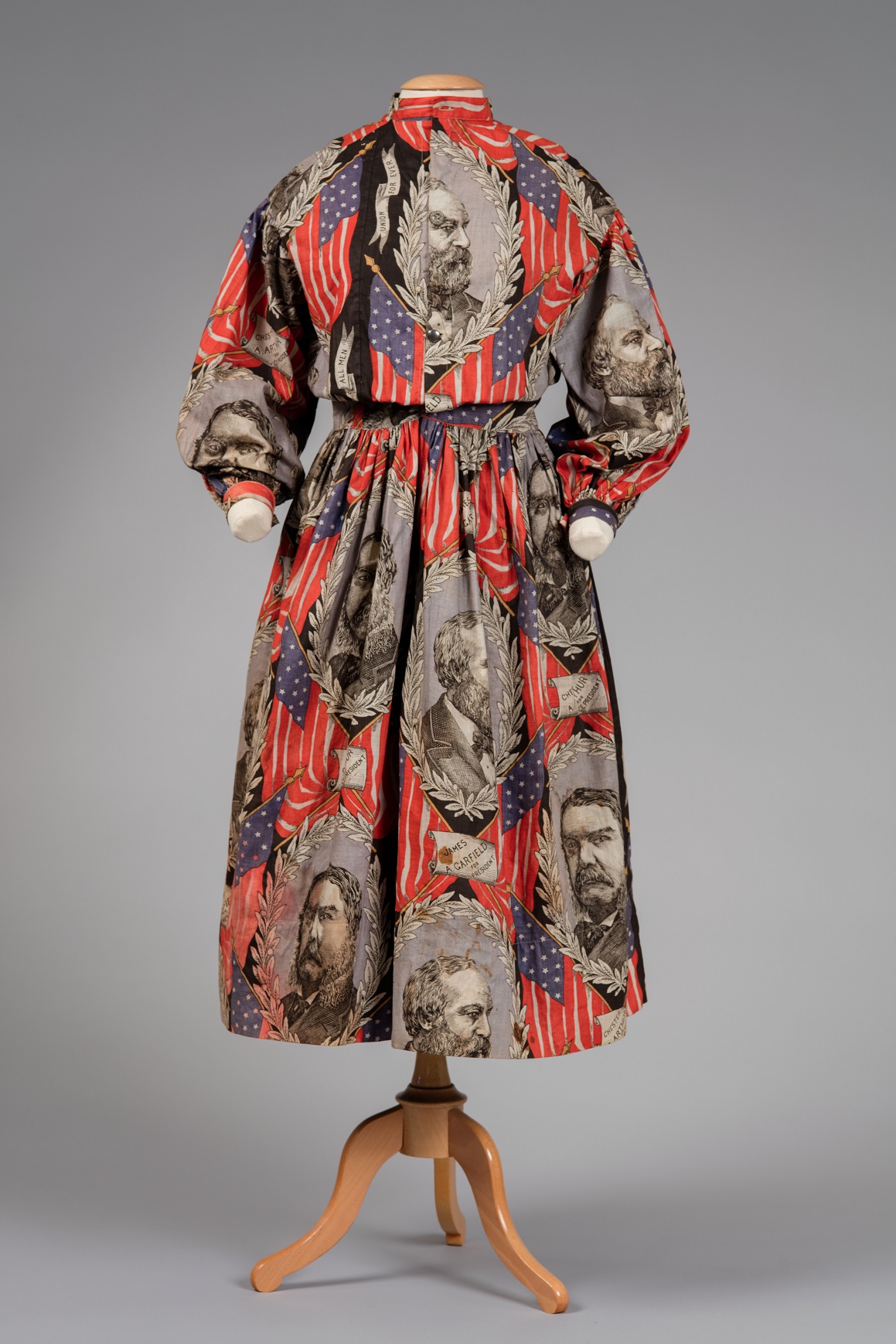 19th-century revelers wore garments made of flags and bunting in parades and pageants. This dress, with images of James A. Garfield and Chester A. Arthur, was made for the 1880 presidential election and its “front porch campaign.” Instead of traveling across the country, Garfield remained at home in Mentor, Ohio and trains brought thousands of people to hear him speak. The wearer of this dress could have traveled to Mentor to see her future president. 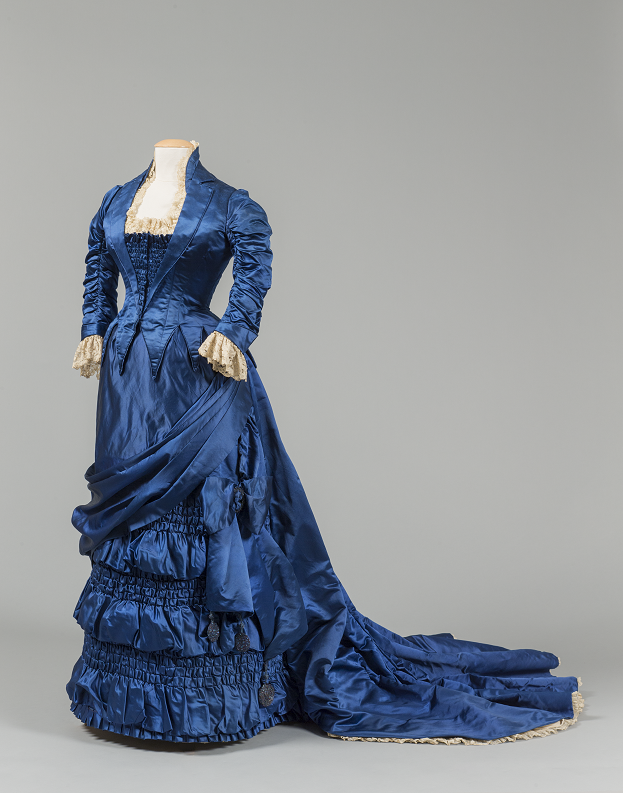 First Lady Lucretia Rudolph Garfield probably wore this striking blue gown while hosting one of her twice-weekly receptions at the White House. However, Lucretia Garfield spent most of her life in Ohio. She was born in Garrettsville and taught in Cleveland before she married. Her tenure as First Lady was, sadly, brief; President Garfield took office in March of 1881, was shot by a would-be assassin four months later, and died of complications in September. The widow retreated to their home, Lawnfield, located 22 miles northeast of Cleveland, which is today the James A. Garfield National Historic Site. 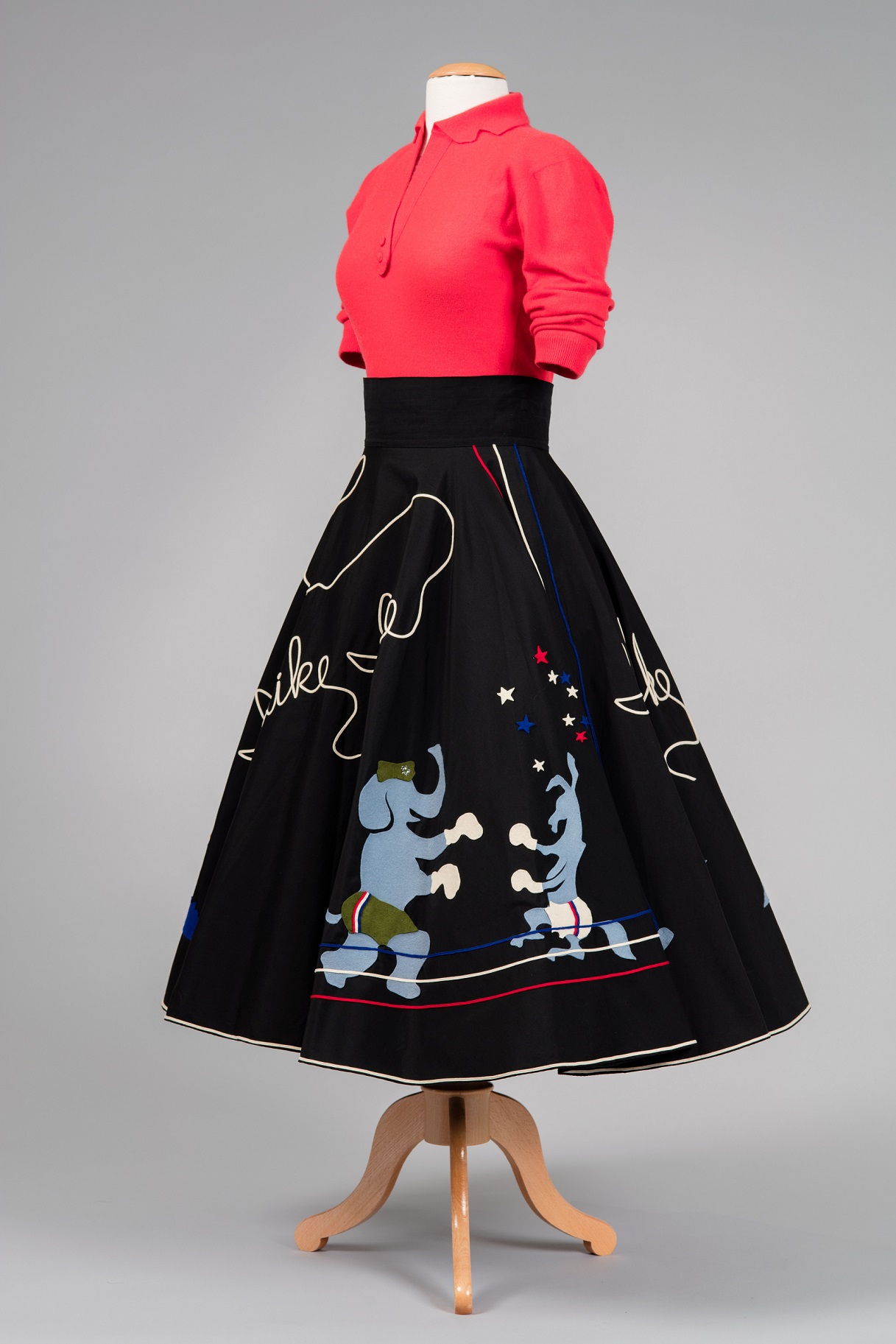 Clevelander Michaeline Maschke wore this skirt during Eisenhower’s presidential campaigns. She might have seen it first in 1952, in Life magazine, among pages of hats, sunglasses, gloves, and other Ike-wear. That year, women voters equaled men in numbers for the first time. Republicans in particular made attempts to connect with women through advertisements, clothing, and accessories.