In 2012, WRHS received an amazing collection of letters written and artworks created by PFC Victor Bruno Contini. Victor served in the 105th Infantry during WII, losing his life during the Battle of Saipan in 1945.  The collection was donated by Victor’s niece, Mary Contini Gordon, who along with her mother Rosaria had preserved and cared for them for nearly 70 years.

PFC Contini’s letters along with the watercolors, sketches, and pencil drawings not only document his life as a soldier during WWII, but show the dreams and aspirations of a soldier who, like many soldiers have to do, put them on hold for the war.  They reveal Victor’s wonder at the beauty of his new land, his enthusiasm for art, and his dedication to the world effort to preserve freedom

Born in Castelluccio Valmaggiore, Apulia, Italy, in 1916, Victor immigrated to Cleveland’s Little Italy in 1928 with his mother and siblings to join his father, Eduardo, who had immigrated in 1921. His love of art showed early in childhood and he created sketches and drawings of his surroundings in Cleveland.  Victor’s talent helped him obtain a scholarship to the Cleveland School of Art, but his time at the school was cut short. In 1941, he was drafted into the army.

The change of circumstances could not damper Victor’s love of and need to create art.  He sketched and drew his surrounding scenery and fellow soldiers with whatever art supplies he could get a hold of.  Victor’s captain noted his talent and arranged for donations from the US so he could have materials.   He carried the art and supplies in his backpack through training, eventually sending many of the pieces home to his brother and sister-in-law, Mario and Rosaria, in Cleveland’s Little Italy. 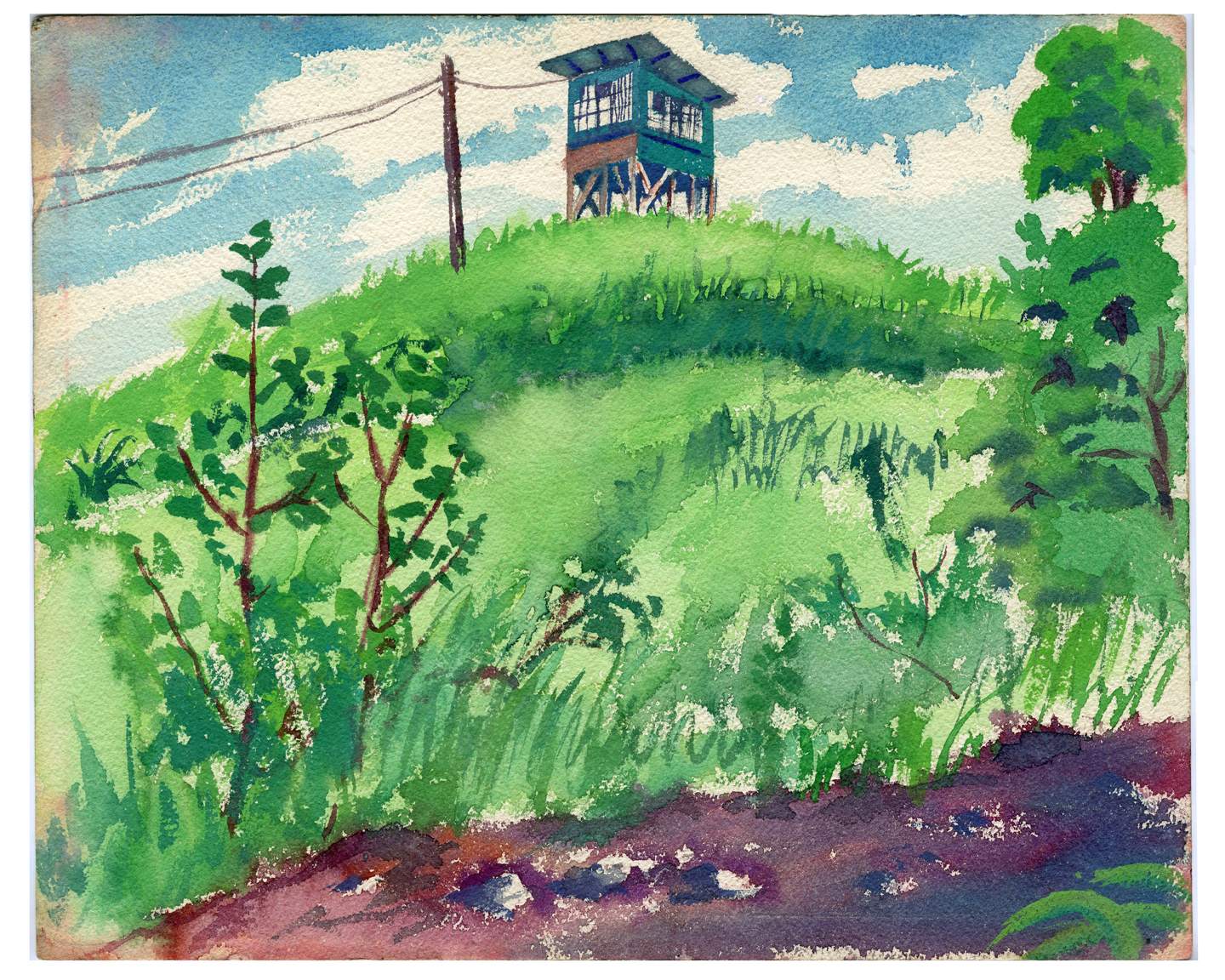 The bulk of Victor’s art from his time as a soldier show the Army Barracks at Fort Wolters, Texas, where many of those who fought in the Pacific were trained and where he was stationed in 1941.  After Texas, PFC Contini was stationed in Hilo, Hawaii.  Here he sketched land and seascapes in living watercolor, picturesque structures, and his fellow soldiers at work.

Sadly, Victor never made it back home and never realized his dream of becoming an artist.  But his family helped his dream become a reality.  They loaned Victor’s art for exhibit at the General Patton Museum in California and at the museum at Fort Wolters, Texas.

Most important for Victor’s legacy and most meaningful for the family was the donation of Victor’s art and letters to the Western Reserve Historical Society.  To them, the permanent transfer of Victor’s art and correspondence to this respected institution in Cleveland symbolized Victor finally going home.  And, by archiving his work so that future generations will know his story, his talent, and his heart, Victor’s dream of being an artist has come true.