George Washington celebrated his presidency with a ball, and the first official inaugural ball took place in 1809, honoring James Madison. In 1913, Woodrow Wilson cancelled the party, considering it too extravagant. Unofficial events continued until 1949 when Harry Truman revived the tradition. Some presidents choose to hold several small balls, and others accommodate thousands of people in one night. Bill Clinton holds the record with fourteen balls for his second inauguration. Many Clevelanders have attended these celebrations, treasuring both the clothes and the memories that come with them. 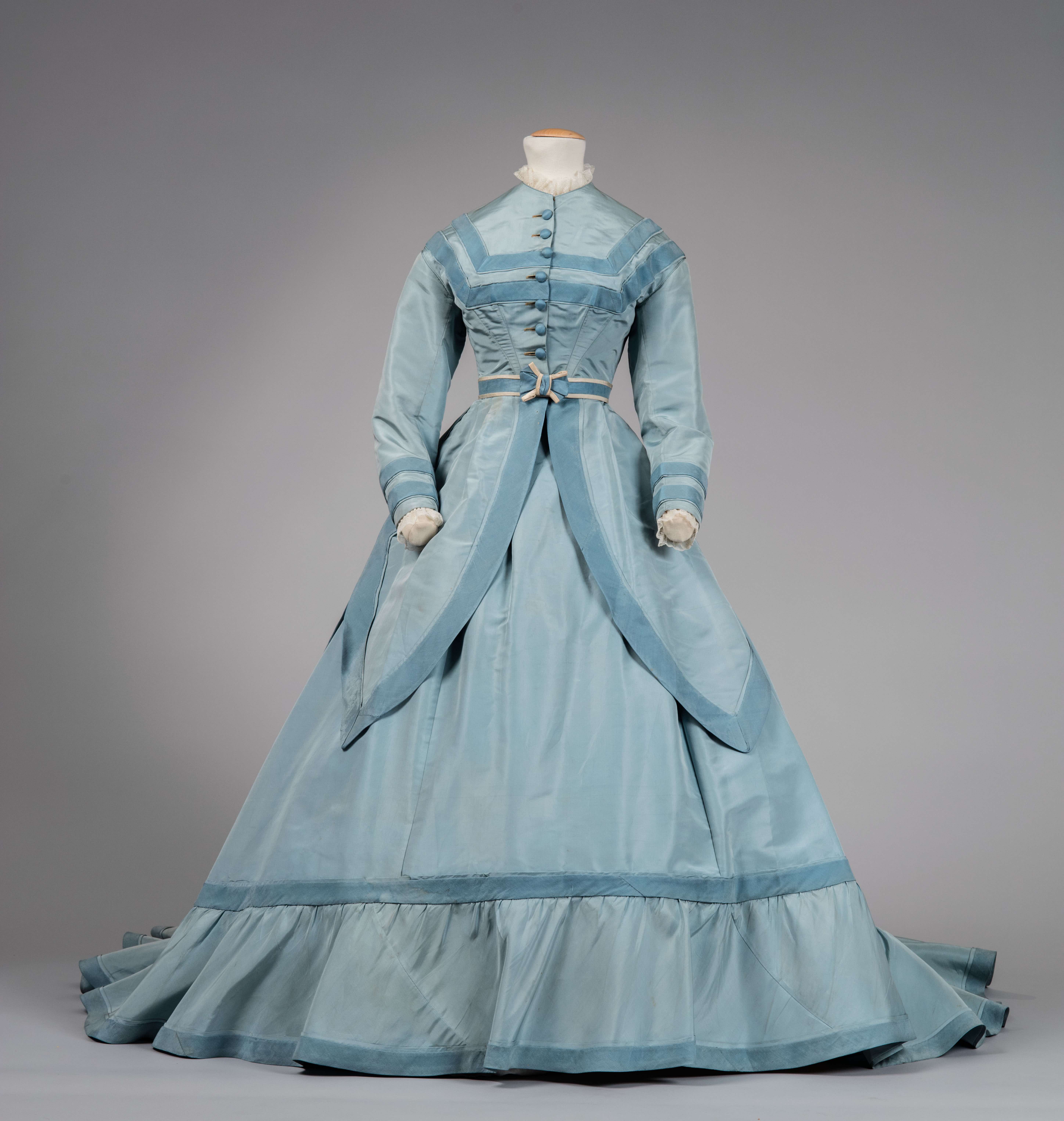 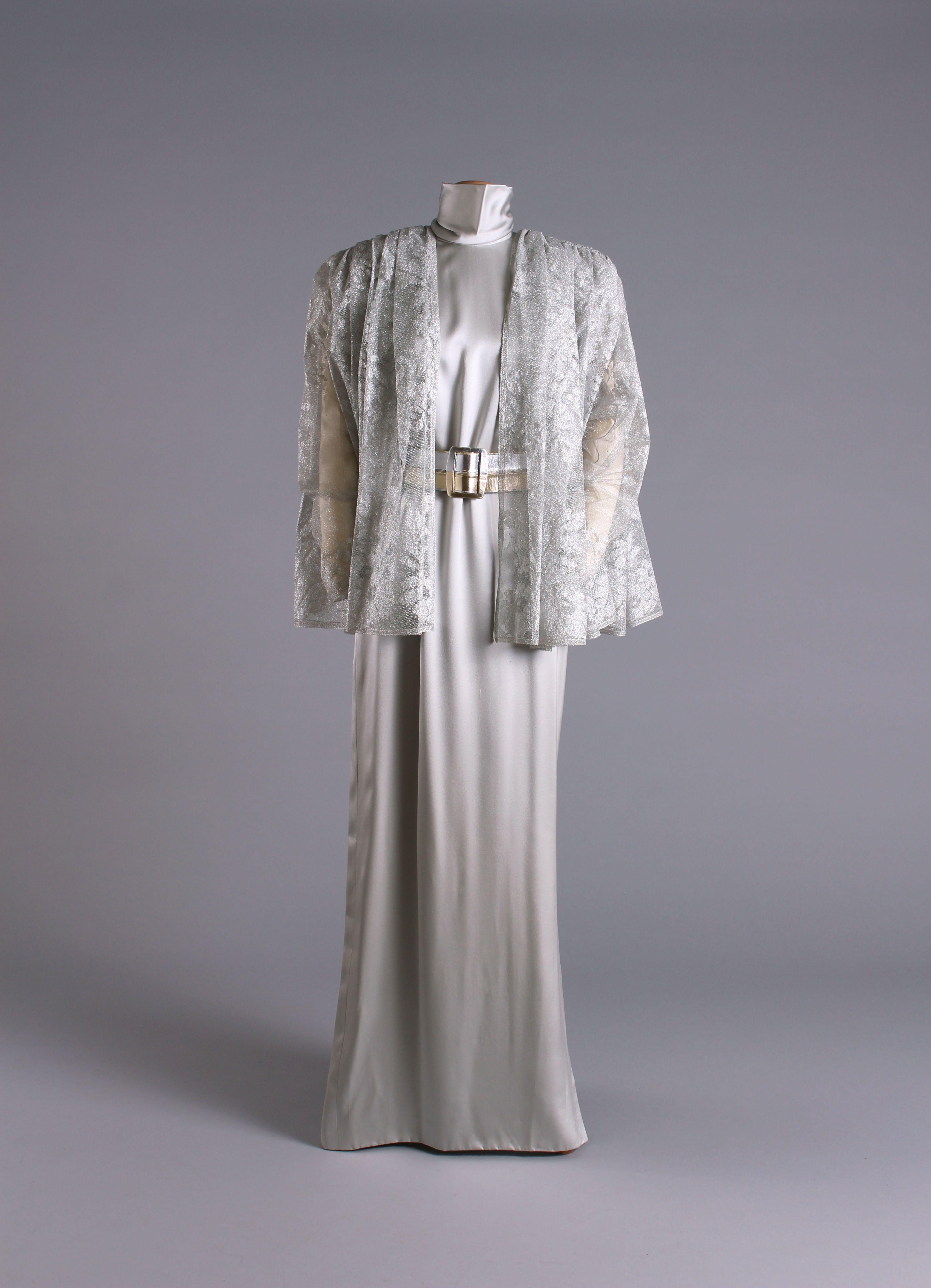 Presidential Inaugurations are parties to celebrate a new leader but also a place for the country’s movers and shakers to see and be seen. Clevelander Lindsay Morgenthaler purchased this ensemble for Ronald Reagan’s 1981 inauguration, and the festivities that year were slated to be elaborate. Proceeds from ticket sales, merchandising, and donations totaled about $6 million to cover the costs of the parade, events, and coverage of the inaugural day.  Although the country was in the wake of economic depression, the Joint Congressional Committee on Inaugural Ceremonies requested semi-formal attire (rather than the standard politician’s business suits), even specifying colors and details to be considered. Later that evening, with guests in formal attire, there were no other rules.  Lindsay’s dress is made from a shimmering silver silk satin, and reveals an open back beneath the jacket. The lace topper makes a statement with powerful padded shoulders and swinging layers of lace. In choosing the American designer James Galanos, Lindsay supported her country’s artists and gave a nod toward the First Lady—who loved Galanos and also wore one of his designs to the ball. 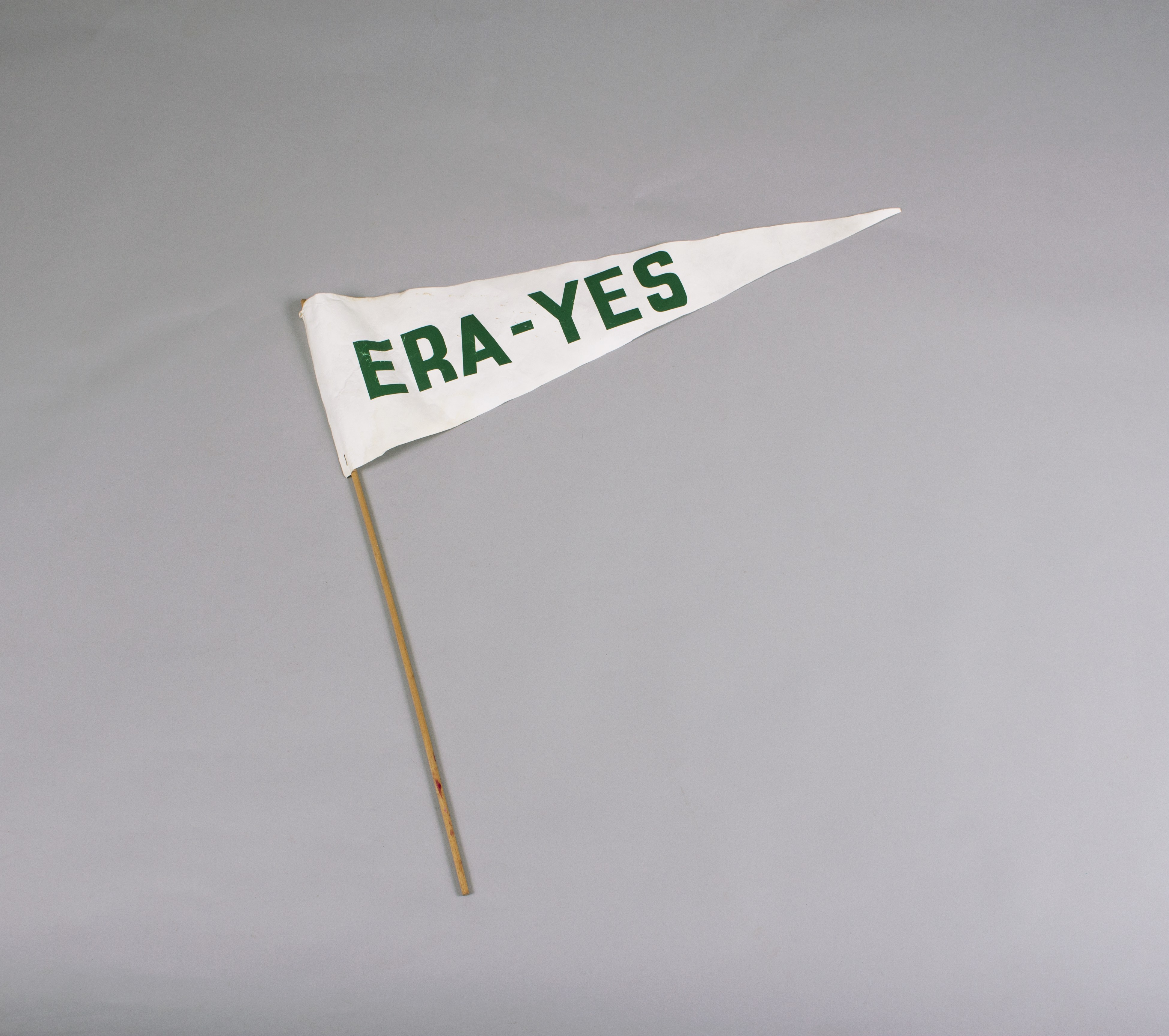 Cleveland lobbyist Debbie Neale attended Reagan’s 1981 inaugural ball at the height of the struggle to pass the Equal Rights Amendment. The amendment would have secured equal rights for men and women, along with methods for Congress to enforce them. Neale carried this pennant with her to the Swearing-in Ceremony on the West Front of the Capitol, but was required to leave it at the entrance. She made sure to retrieve it when she left Capitol Hill.