Right now in Ohio, going for a bicycle ride is a great way to get some exercise and destress. While many of us own bicycles today, over a hundred years ago they were still somewhat new. During the 1890s, the bicycle presented an interesting problem for women, who wore long skirts for every occasion. Slightly shorter skirts worn with boots became the most acceptable solution, as pictured below in this 1890 issue of the magazine Godey’s Lady’s Book.

Also below is a photo taken in 1896, each woman rides a two-wheeled “safety bicycle” in their skirts. Some women tried to clip their skirts up or together to create a bifurcated garment, but most seem to be able to ride without modification. A search through the U.S. Patent Office archives reveals dozens of contraptions for women cyclists, but one wonders how popular they actually were. 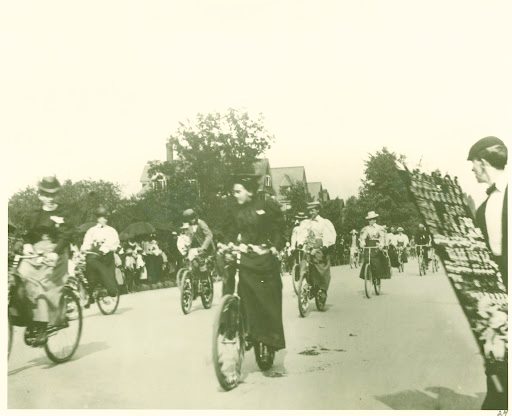 There are more than two billion bicycles in use around the world today. The first vehicle to be called a bicycle was the high wheeler, developed in France in the 1870s. Because there were no gears, the high wheel pushed the bike farther with each rotation.

While the high wheeler pushed the rider along at speed, it could also be dangerous to operate. It was difficult to mount and dismount, and falls from a high wheeler could be lethal. By the 1880s, chain-driven bicycles allowed for smaller front wheels and spelled the end of the high wheeler. 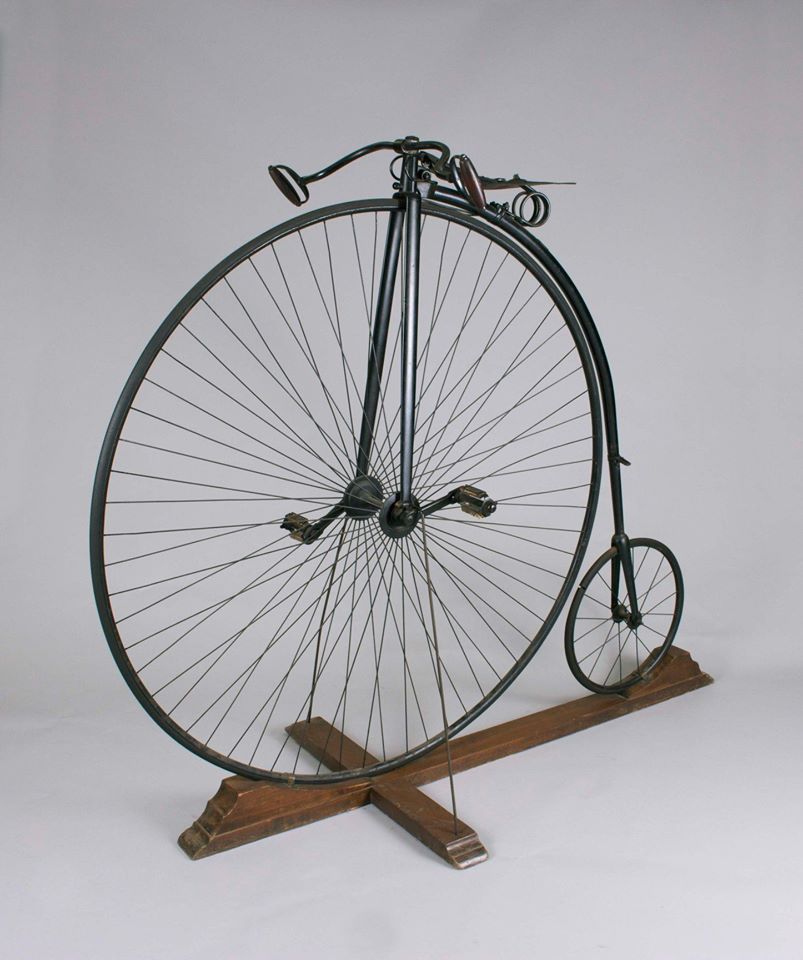 The Winton Motor Carriage Company actually started out as the Winton Bicycle Company, both of which operated right here in Cleveland. Alexander Winton moved from producing bikes during the cycling craze of the 1890s to automobile production in 1897. 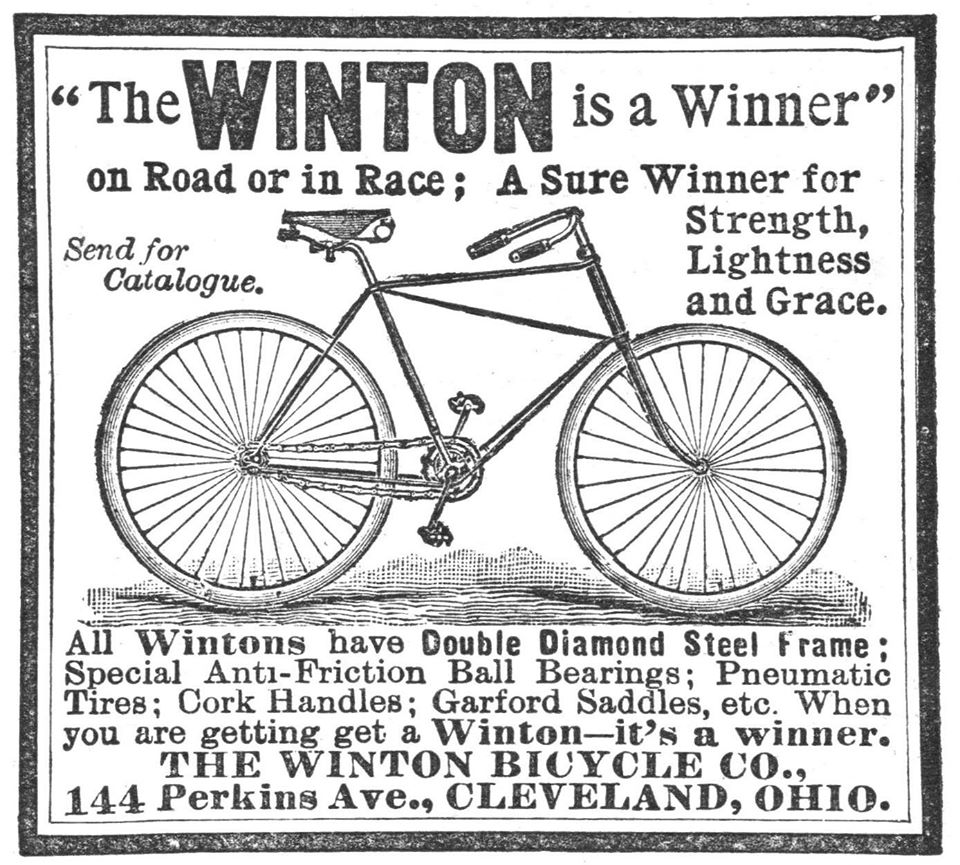