The Hunt family lived in Hancock and Washington Counties, in Georgia, at the turn of the 20th century. In 1900, Henry Hunt farmed and his wife Barbara cared for their five (eventually eight) children, including Amanda, born March 5, 1894. Mandy, as she was then called, became increasingly close with her mother and siblings after her father died in the following decade; as an adult, she lived with brothers Julian and Albert at various times. Perhaps because her parents could neither read or write, Amanda was driven to pursue her own education and career at Tuskegee Institute (now University), and as an apprentice to Addie Clarke in Washington D.C. Around 1924, Amanda married fellow Georgian McDuffie Wicker. The couple lived briefly in Savannah, Georgia before moving to Cleveland where Amanda started her dressmaking business and McDuffie worked as a Barber. The Wickers were hardly unusual in their move north, and were part of what is known as the first Great Migration. Black rural southerners sought opportunities in cities like Chicago, Detroit, and Cleveland. The first wave of migration began around 1916, when cities experienced shortages of industrial laborers during World War I. Amanda Wicker was a member of Cleveland’s “Georgia Club,” which provided southerners a place to connect and celebrate their Georgian heritage. Clevelanders from other southern states organized similar clubs. By 1936, approximately 15,000 Georgians lived here in Cleveland. Although Amanda’s mother remained in Sandersville, Georgia, she visited her daughter frequently.

After 1925, Amanda operated the Clarke School of Dressmaking and Fashion Design from her home on Cedar Avenue. During the late 1920s the Wickers lived on Cedar Avenue, and after McDuffie’s 1929 death Amanda continued to live and work at various addresses along Cedar between East 89th and 95th Streets. [Map] Perhaps the biggest landmark in her neighborhood was, and still is, the Antioch Baptist Church at the corner of Cedar and East 89th Street. Amanda was integral to the church; she served as a charter member of the Beehive Bible Class, was a member of the Cora Boyd Mission Circle, the Fifty-Plus Club, and the Ta-Wa-Si- Club. At the end of her life she lived in Antioch Towers senior apartments.

Located primarily at 8911 and 9202 Cedar Avenue, the Clarke School offered classes for this predominantly African American neighborhood until the 1980s. Although anyone could take classes, many pupils were students from Central High School, which, along with Wicker, created an annual student fashion show beginning in 1941. The accompanying publication, called The Book of Gold, helped raise funds for student scholarships. Wicker and her instructors taught drawing, pattern drafting, tailoring, millinery, and other course. The lay person could sign up for a course to revamp their own wardrobe, but her focus was on preparing young people for the garment industry. Students could learn how to operate industrial machinery and other skills related to mass production. In 1948 the school became G. I. approved, which meant that veterans enrolled and changed the makeup of the student body for a time. Amanda worked with the Veteran’s Administration liaisons to spread awareness of the program for Black veterans. Beyond running a school and teaching the trade, Amanda Wicker worked with personal clients and served as the second vice president of Cleveland’s chapter of the National Association of Fashion and Accessory Designers, operated for and by Black designers. 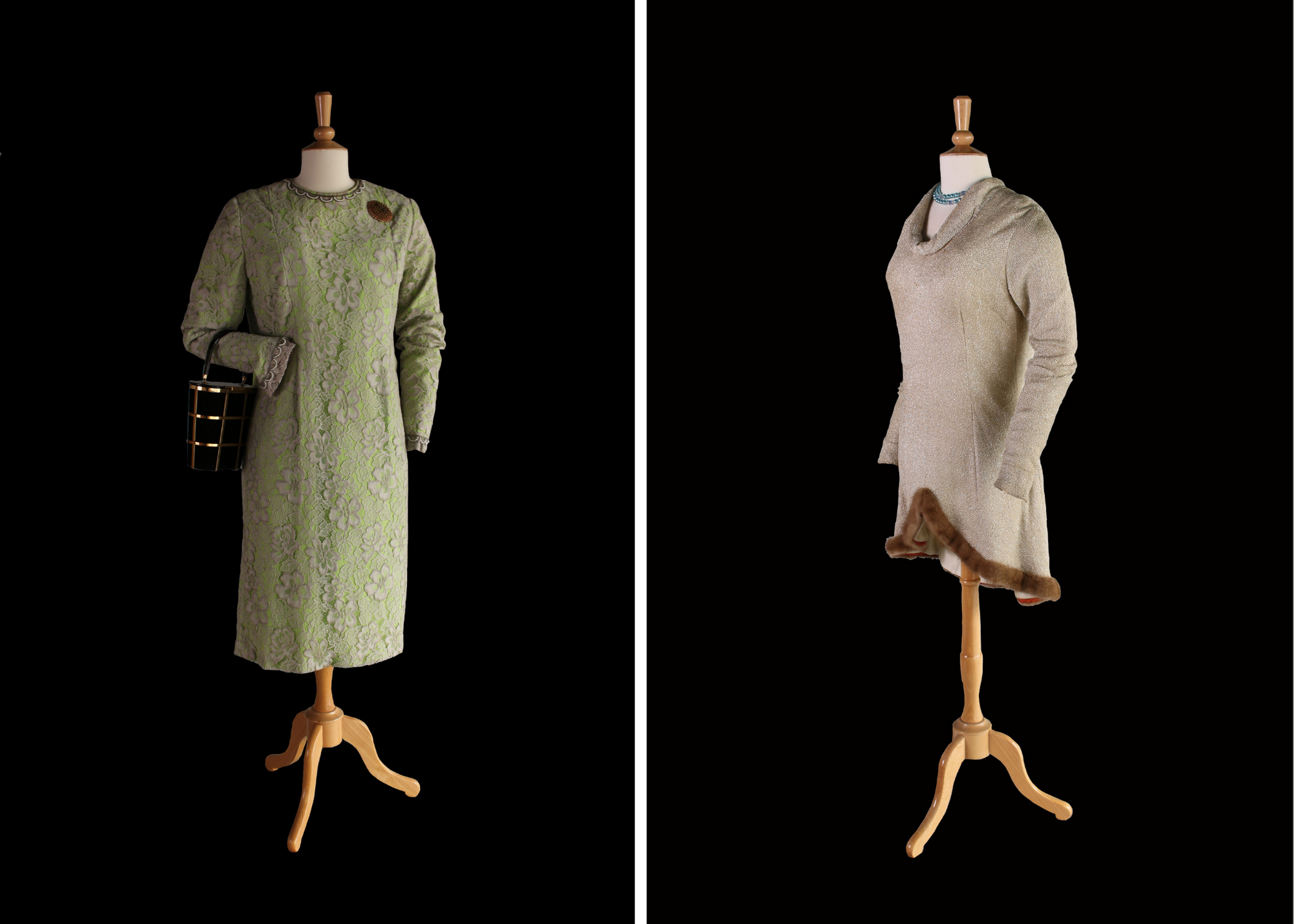 Amanda Wicker impacted Cleveland through her civic work of providing important skills to young people and actively engaging her neighborhood. In June of 2021, the Cleveland History Center will open an exhibit about Wicker and her work. The exhibit will share, for the first time, 14 garments made by Amanda, as well as the rich photographic archive of the school, and thus a community. Visitors will come away inspired by the story of a self-made Black woman who lifted those around her.