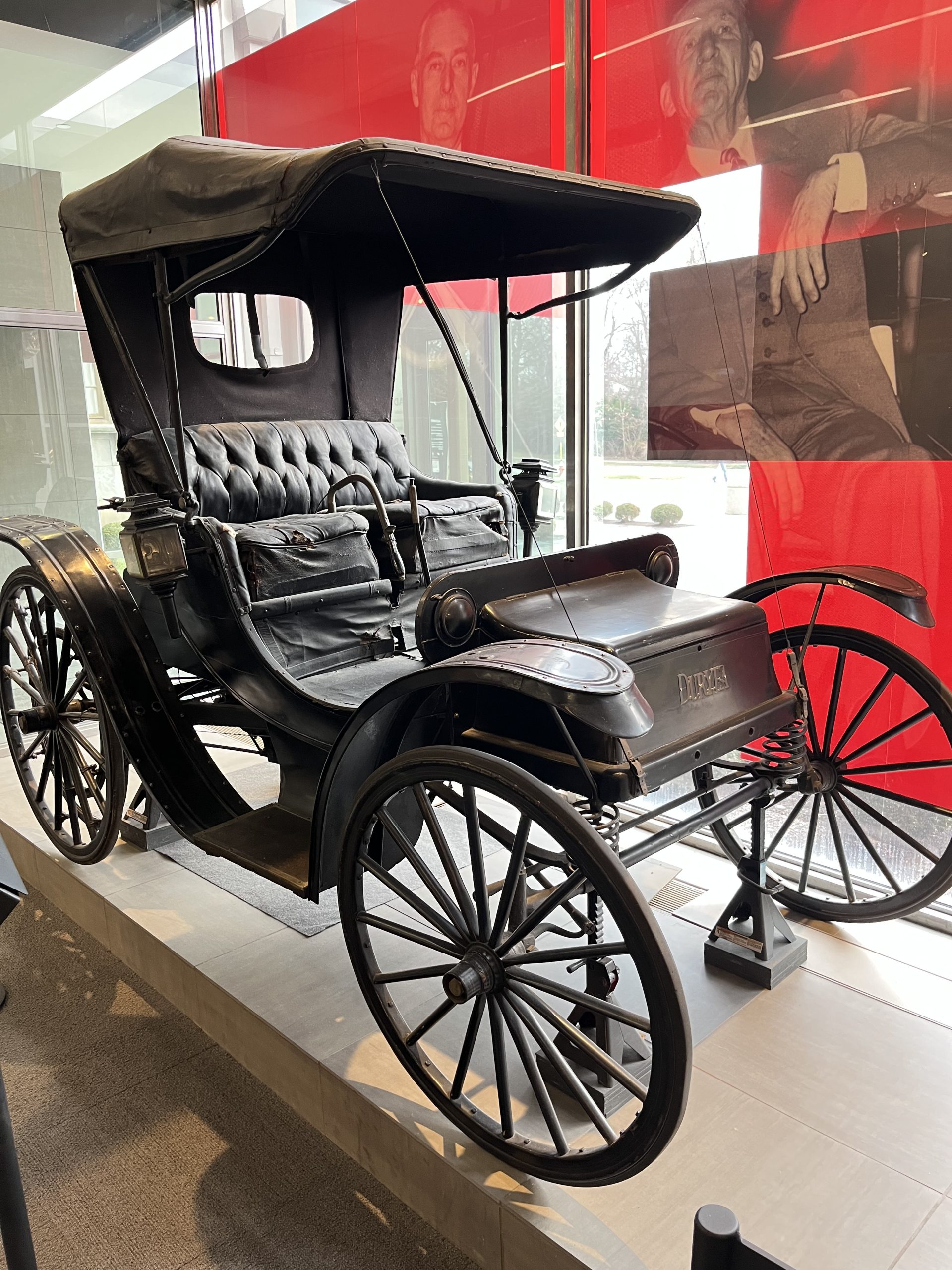 While the famous statues on Cleveland’s Lorain-Carnegie Bridge have served as guardians of transportation since 1932, the Crawford Auto-Aviation Museum has served as a guardian of transportation history since 1943. That’s when Crawford namesake Frederick C. Crawford opened the Thompson Products Auto Album at Chester and E. 30th in Cleveland.

Fred started collecting cars in 1937, when–as president of automotive parts maker Thompson Products (the precursor to TRW)–he had the company purchase a 1910 Duryea that had been on display at the Great Lakes Exposition in Cleveland.

From that initial purchase, the collection grew quickly. When Thompson Products’ traveling salesmen would come across interesting old cars in fields, garages and barns, they would wire Fred, who would authorize the purchase and shipping of the vehicle back to Cleveland. It could easily be argued that Fred was one of the original buyers of “barn finds,” which are now a big deal in the car collecting world.

As cars were acquired, the collection began to take up more storage space at the Thompson Products factory on Clarkwood Road in Cleveland. That growth, coupled with the start of WW II and the need for Thompson Products to expand production of aircraft and automotive parts, led to a new, dedicated museum in a former Cadillac showroom at the corner of E. 30th and Chester. The museum, known as the Thompson Products Auto Album, opened for business on August 13, 1943, making it one of the first car museums in the country. 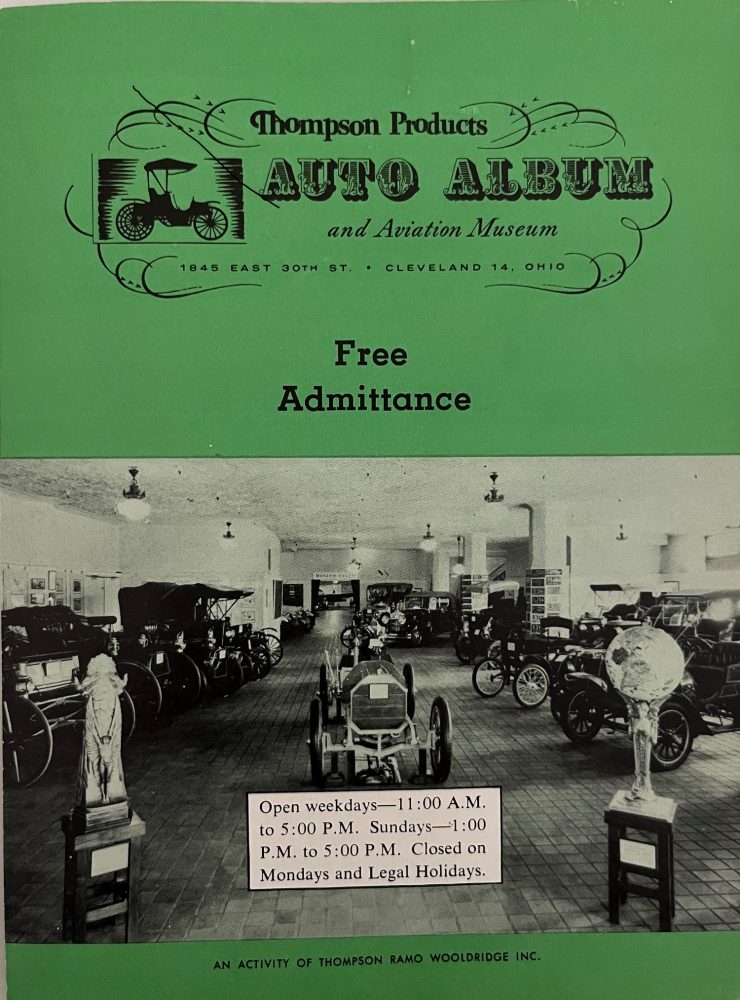 Fred donated the Thompson Products Auto Album to the Western Reserve Historical Society in 1963, and the collection moved into a newly constructed (and its current) home in 1965. The collection now features nearly 200 vehicles, including cars, trucks, motorcycles and airplanes.