If you need inspiration to get out of your sweatpants, hopes of warm days to come might help. It can be hard to imagine bringing your summer clothes out again, but in the meantime, let’s take a look at what some Ohioans have worn on hot days over the past few centuries.

Isabella Harkness wore this dress in the early 1850s. The textile is a windowpane weave with printed roses. Although she would have been wearing several layers, each one was an airy cotton or linen. In this period, and increasingly in the 1860s, an understructure of a crinoline held skirts away from the legs and allowed for plenty of breezy circulation. 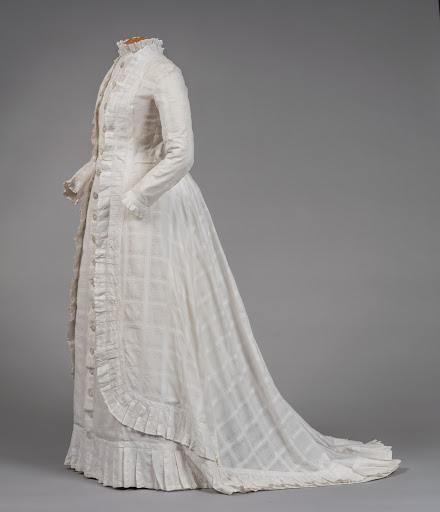 During her short tenure as First Lady, Lucretia Garfield wore this at-home gown in her Mentor, Ohio home. The dress is made of a light, breathable cotton and buttons down the entire front. Lucretia would have worn it over her usual undergarments, but the flowing fabric would have been comfortable in the warm weather. She wouldn’t have left her home in something like this, but would feel comfortable hosting friends. 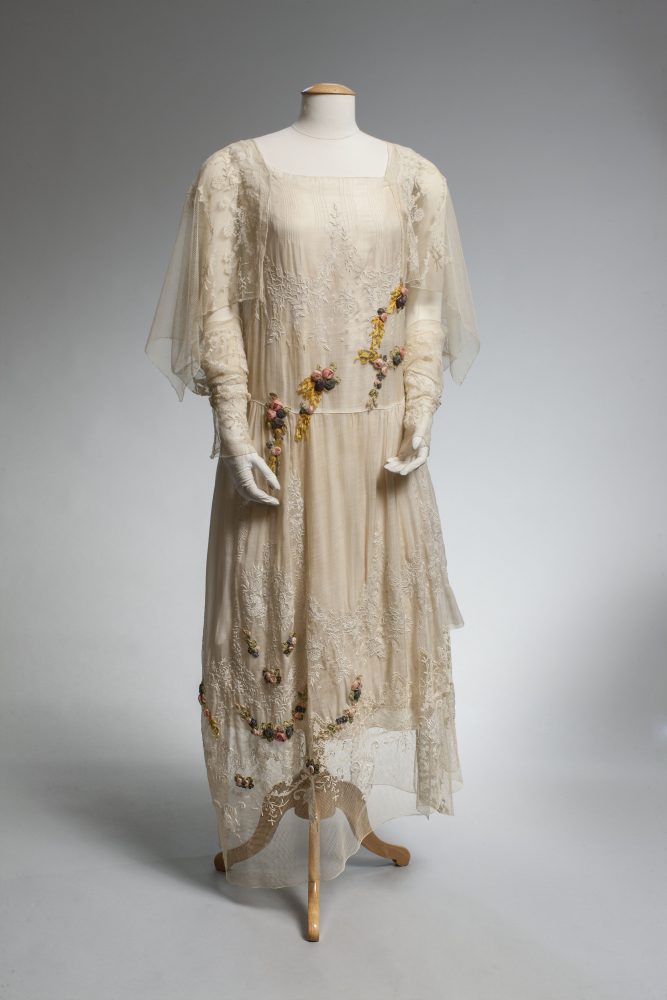 During the 1910s, women continued to wear corsets, but silhouettes allowed for more movement and freedom than in previous decades. Helen Chapin ordered this dress for her 1919 debut, but it sadly arrived the day after her party, although she surely found other opportunities to wear it. Layers and sheer fabric and appliqued blossoms embody summer. 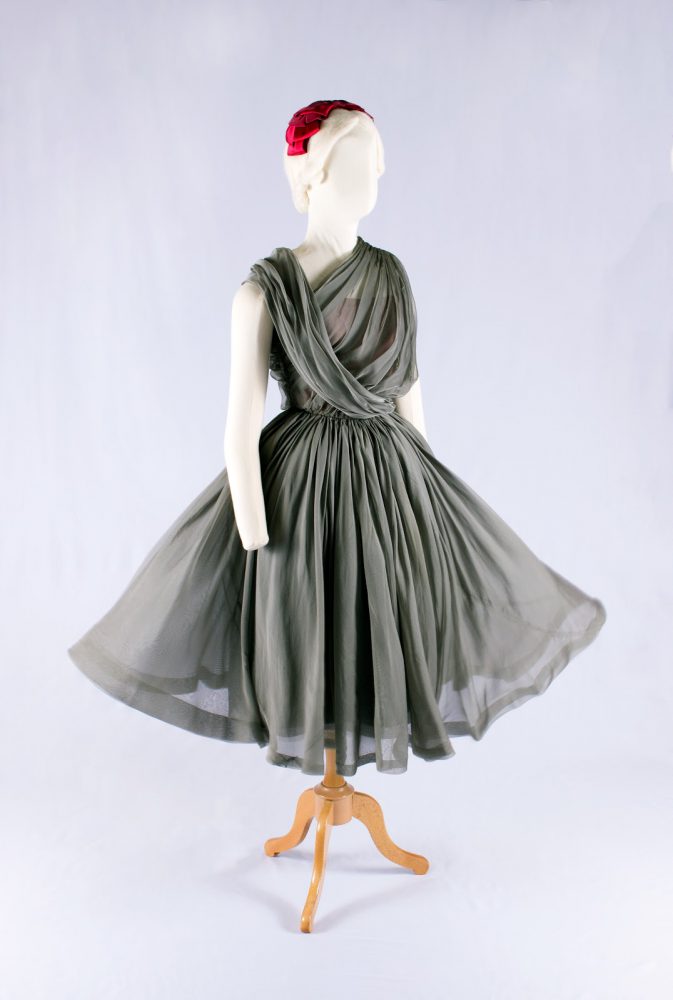 Mary Bolton lived briefly in Paris during the late 1940s. While here, she fell in love with French design, and shopped the sample sales. After her return to Cleveland, she continued to wear garments by Dior, Nina Ricci, and others. These two dresses from the early 1950s share a silhouette with a full, sheer skirt. The white Dior gown is decorated with tiny faux white wisteria, which flowers in late spring and early summer. It’s easy to imagine the fun Mary might have had in breezy weather, with skirts twirling. 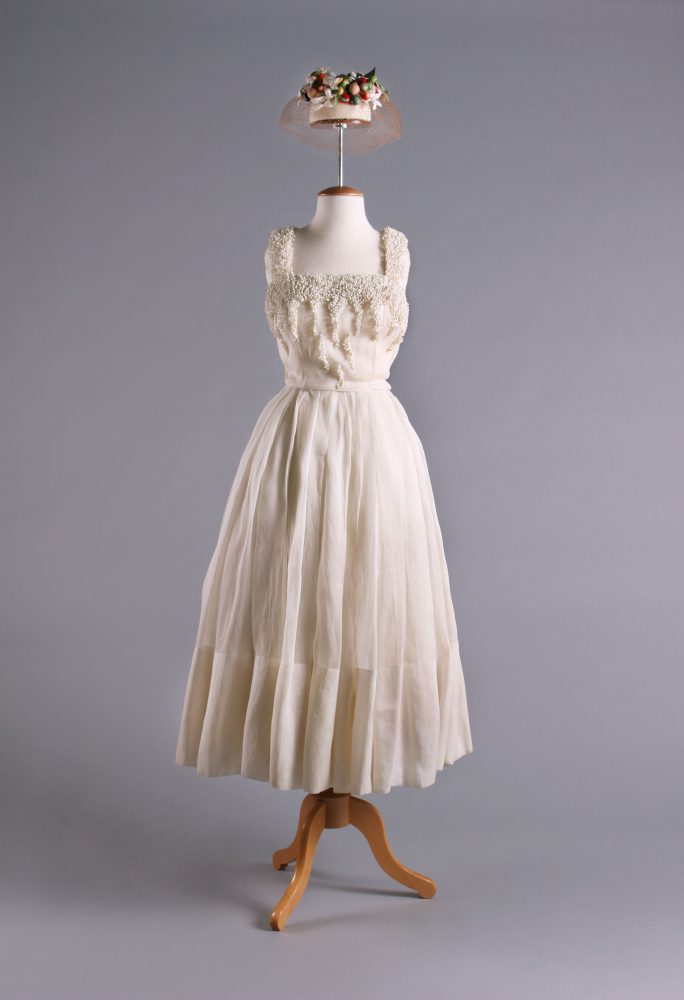