Zora Neale Hurston (1891-1960) and A. Grace Lee Mims (1930-2019), two Alabama natives with ties to Cleveland, Ohio;  agreed that spirituals were an integral part of the history of Black sacred music.  They said as much in their written descriptions of these songs that date to the Antebellum Era, when enslaved people of African descent created the authentic spirituals.  Both women also encouraged students of American culture to experience live performances of the music in the sanctuaries of churches, on college and university campuses, and in concert halls and other venues. It is also interesting, however, to consider their thoughts on what Hurston referred to as “neo-spirituals” and what if anything was gained or lost when one removed the performance of Black sacred music from its original cultural context.

In 1934, when Hurston’s “Spirituals and Neo-Spirituals” appeared in Nancy Cunard’s Negro anthology, she was already recognized as one of the leading contributors to the Black arts movement known as the Harlem Renaissance, an award-winning essayist and playwright, and a Barnard College-trained anthropologist.  Her collaborations and disagreements with former Clevelander Langston Hughes and her correspondence with Cleveland’s Rowena Jelliffe regarding the Hurston-Hughes co-authored play “Mule Bone” were also well known to her fans and foes alike.  Hurston would go on to receive Cleveland’s Anisfield-Wolf Book Award for her autobiography, Dust Tracks on a Road in 1943.  Today, her novels have earned a respected place in the American literary canon.

Never one to shy away from controversy, Hurston dismissed as “ridiculous” historian W.E.B. Du Bois’s “idea that the whole body of spirituals are sorrow songs,” as he had described them in his now classic 1903 book, The Souls of Black Folk. Hurston’s 1934 essay suggests, “[The spirituals] cover a wide range of subjects from a peeve at gossipers to Death and Judgment.” She then went on to say:

The nearest thing to a description one can reach is they are Negro religious songs, sung by a group, and a group bent on the expression of feelings and not sound effects.

There never has been a presentation of genuine Negro spirituals to any audience anywhere.  What is being sung by the concert artists and glee clubs are the works of Negro composers or adaptors based on the spirituals.  Under this head come the works of Harry T. Burleigh, Rosamond Johnson, Lawrence Brown, Nathaniel Dett, Hall Johnson, and [John Wesley] Work.  All good work and beautiful but not the spirituals.

The neo-spirituals are the outgrowth of the glee clubs. Fisk University boasts perhaps the oldest and certainly the most famous of these.  They have spread their interpretation over America and Europe.  Hampton and Tuskegee have not been unheard.  But with all the glee clubs and soloists, there has not been one genuine spiritual presented.

In Hurston’s opinion, those artists who “put on their tuxedos and bowed prettily to the audience” could never capture the true beauty and improvisational nature of the genuine Negro spiritual in performance.  Cleveland-based soprano A. Grace Lee Mims, however, saw things somewhat differently.

Mims, a native of Snow Hill, Alabama, was a graduate of Hampton, one of the historically Black institutions that Hurston credited with the growing popularity of the “neo-spirituals” on college campuses.  A trained vocalist-educator, popular recitalist, founding members of the African American Archives Auxiliary of the Western Reserve Historical Society, and long-time faculty member at the Cleveland Music School Settlement (CMSS), Mims was an expert on Black arts in general and the spiritual in particular.

For more than 40 years, she also served as the host of “The Black Arts” on Cleveland’s WCLV Radio. In 1981, Mims released Spirituals, an album featuring songs arranged for soprano soloist, with piano accompaniment provided by William Appling.  Voice students in Mims’ CMSS studio could expect to be introduced to The Spirituals of Harry T. Burleigh, a popular collection of art songs arranged for solo voice and piano accompaniment–and these same voice students were expected to perform Burleigh’s works in recital and concert settings. 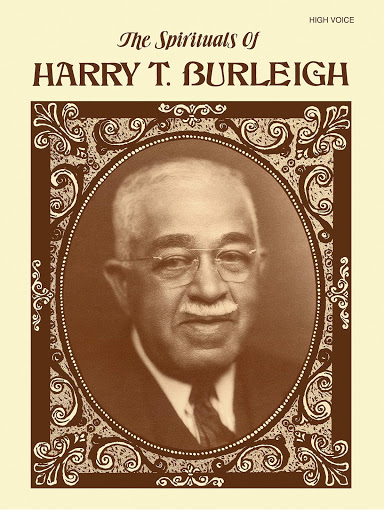 A philanthropist who gave generously of her time, talent, and treasure, she also established the A. Grace Lee Mims Vocal Scholarship at the Cleveland Foundation.  As the description for this scholarship suggests,  “The primary purpose of this award is to perpetuate the singing of the Negro spiritual through performance and/or teaching, so that this art form, created by African-American slaves in the Diaspora, will remain alive.”

Both Hurston and Mims championed the documentation and study of the place of the spiritual in the cultural history of the African Diaspora.  Mims, who was a preschooler at the time of the 1934 publication of “Spirituals and Neo-Spirituals,” never appeared to doubt the genuineness of the sacred songs that were part of her early school, church, and family life in Snow Hill, Alabama—nor the arranged spirituals that she selected in later years for live performances and recording sessions in urban Cleveland / “Alabama North.” It is possible, therefore, that Dr. A. Grace Lee Mims would have agreed with part of Hurston’s description of the solo and glee club arrangements of concert spirituals as “all good work and beautiful,” even if they were not the same as the genuine spirituals of 19th– and early 20th-century Black folk.