On July 17, 1954, Robert P. Madison established his architectural firm. The opening, took place exactly three months after the Supreme Court’s Landmark decision in the case of Brown v. Board of Education of Topeka, which declared that segregated public schools were unconstitutional. The firm was located at 1335 East 105th Street in the Glenville, one of Cleveland’s most segregated neighborhoods.

In Designing Victory, A Memoir by Robert P. Madison with Carlo Wolff, Madison described the significance of the opening in the following manner:

The office of Robert P. Madison, Architect was the first one owned by a black man licensed to practice architecture in the state of Ohio. There were all sorts of celebrations and hoopla, and the Call & Post, a wonderful newspaper that largely served the black community did a lot of good things for me, like running articles about Madison the architect.

On, April 15, 2020, The State Library of Ohio and the Ohioana Library Association, with the Ohio Center for the Book and the Choose to Read Ohio Advisory Council, announced that Designing Victory, A Memoir had been selected as one of the 20 books for the 2021 & 2022 Choose to Read Ohio (CTRO) booklist.  According to the announcement:  “CTRO helps libraries, schools, families, book clubs, and others build communities of readers and an appreciation of Ohio authors, illustrators, and literature. CTRO promotes reading across the Buckeye State by encouraging Ohioans of all ages to read and share books created by native Ohioans and Ohio residents.”

The African American Archives Auxiliary of the Western Reserve Historical Society had already announced on April 1, 2020, that Designing Victory, A Memoir would be the focus of its global online reading initiative, “The World Reads with Cleveland,” and the Auxiliary looks forward to using the CTRO toolkit to introduce this book to more Ohioans.  The announcements for both projects are included below. 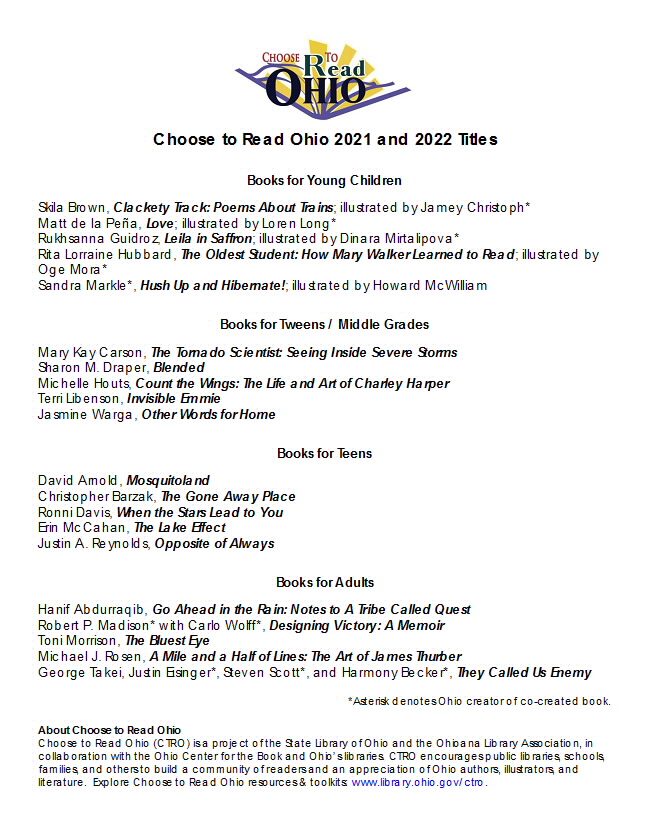 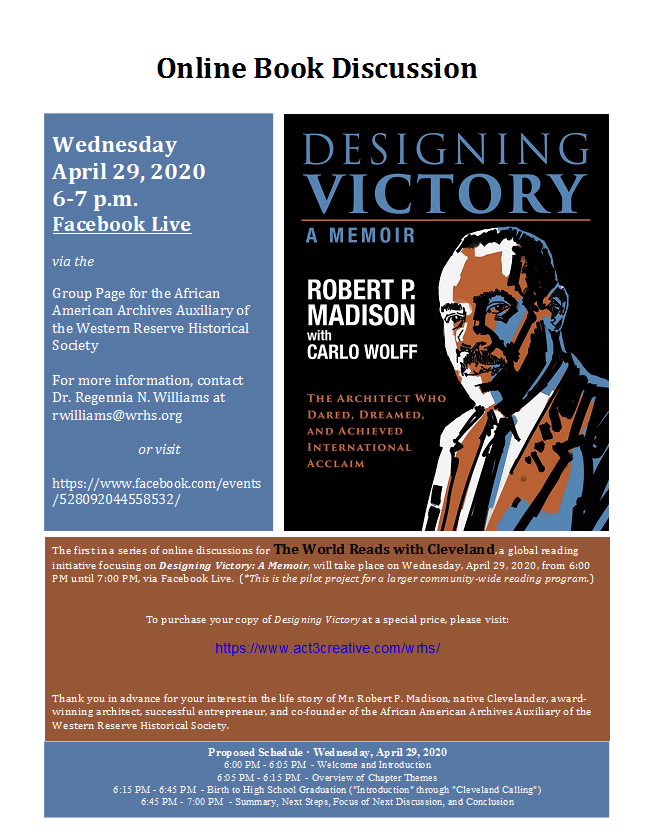